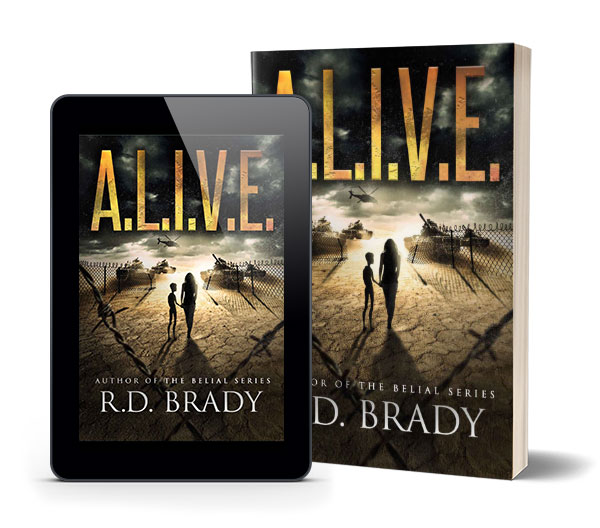 Aliens are real
The U.S. government had been experimenting on them for decades.
But this experiment is about to go horribly wrong …

Reports of unknown objects in the sky date back hundreds of years. But since the early twentieth century, the frequency of those reports has increased dramatically.
In response, the United States government has been looking for a way to combat the alien threat they see looming on the horizon. Their most promising prospect is the A.L.I.V.E. (Alien Life In Vitro Experiment) Project.

Working from Wright Patterson Air Force Base, Dr. Maeve Leander has been in charge of Alvie, the first subject from the A.L.I.V.E. Project, for the last three years. But she’s been part of the project much longer—ever since she was a child and her mother ran the project.

As a new agency takes over the A.L.I.V.E. Projects, though, Maeve learns that Alvie wasn’t the only subject created. Caught in the middle of a giant war game, Maeve ends up in a race for her life. It’s not just humans, though, she’s on the run from. And it’s not just herself she’s trying to save.

But as the violence increases and the chances for survival decrease, she realizes one terrifying truth: despite its name, the real goal of the A.L.I.V.E. project is to make sure no one gets out alive.