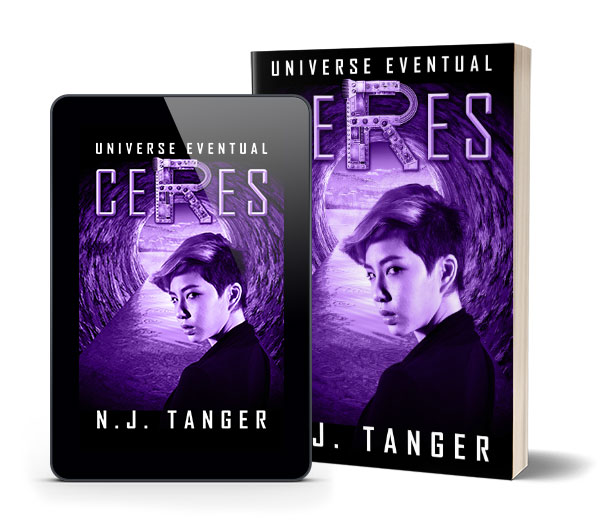 Whatever Navigator Selena Samuelson expected when her Fractal Class ship, Chimera, arrived at Earth, it certainly wasn’t a brutal attack from an unknown enemy. An attack that killed more than half her crew and all but destroyed her ship. Deserted by their captain and the only other navigator, Selena and her crew make a terrible gamble and flee for Damascene—a colony that lost contact with Earth hundreds of years ago.

On Damascene, a girl named Kerissa learns the hard way that her culture will not tolerate new ideas. After breaking one of the city’s increasingly complicated and arbitrary laws, Kerissa finds herself fighting for her life, trapped between her desire for justice and the need to protect thepeople she loves.

Young soldier Hammid Badur wants nothing more than to take his place in the front lines of the government’s endless war with the more advanced EPR. But the course of his life is changed forever when he arrests Kerissa. Fighting forces far greater than he comprehends, Hammid finds himself questioning not just his society, but everything he thought he knew.

Ensnared in their anachronistic society, the people of Damascene want nothing to do with Selena or the war at Earth. They’ve even forgotten Ceres, the ancient colony ship still in orbit around their desert planet. But Ceres herself might hold the key to ending the Damascene war and changing the fate of Earth.