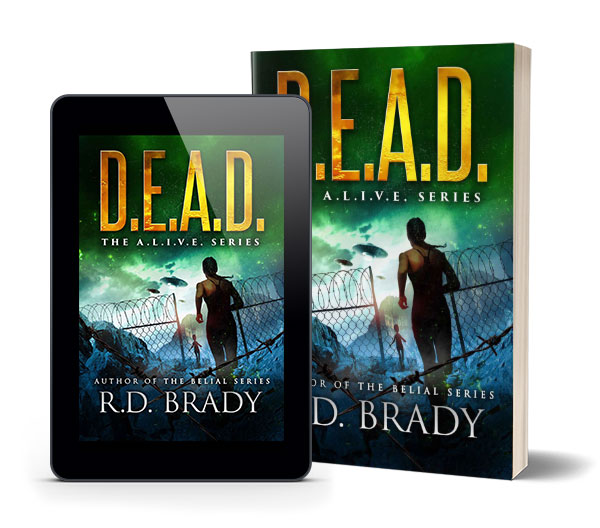 Reports of strange creatures began to be reported in the western half of the United States after the explosive incident at Area 51. In response, the U.S. government created the Department of Extraterrestrial and Alien Defense—D.E.A.D. for short. And with a name like that, what could possibly go wrong?

When Dr. Maeve Leander escaped Area 51 with her unusual family, she knew the safety net provided by the President of the United States would only be short lived. And she was right.

On the run, new allies join Maeve in her fight for her family’s survival. But with each new person, the risk to Alvie and the triplets grows as do the questions: What do these new people want? Why are they helping them and what is their end game?

In all the uncertainty surrounding her, Maeve is sure of only one thing: She will do everything in her power to keep her family safe. But with the United States government working against her, what chance does she have?

What chance do any of them have?