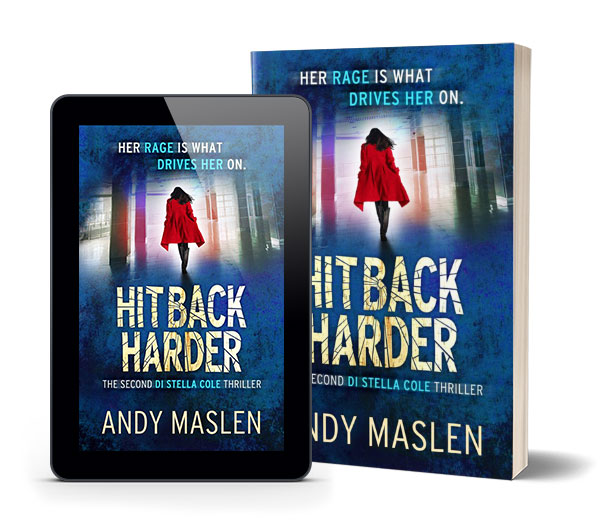 Hit Back Harder by Andy Maslen

Detective Inspector Stella Cole only has one case. To find and kill the remaining members of a legal conspiracy who turned her world into ashes. But their leader, Adam Collier, is her boss. And he’s pulling in friends from the underworld to take the fight to Stella. Chief among them, an Albanian drug lord nicknamed the Shark.

Regrouping in Spain, Stella makes contact with an old adversary. A retired gangster named Ronnie “The Razor” Wilks. He proposes a deal that tests Stella’s resolve to the limit.

The only problem? Stella is losing her mind to a second, unrelentingly brutal version of herself she’s dubbed Other Stella. As the violence escalates, the question is: Which one will win?