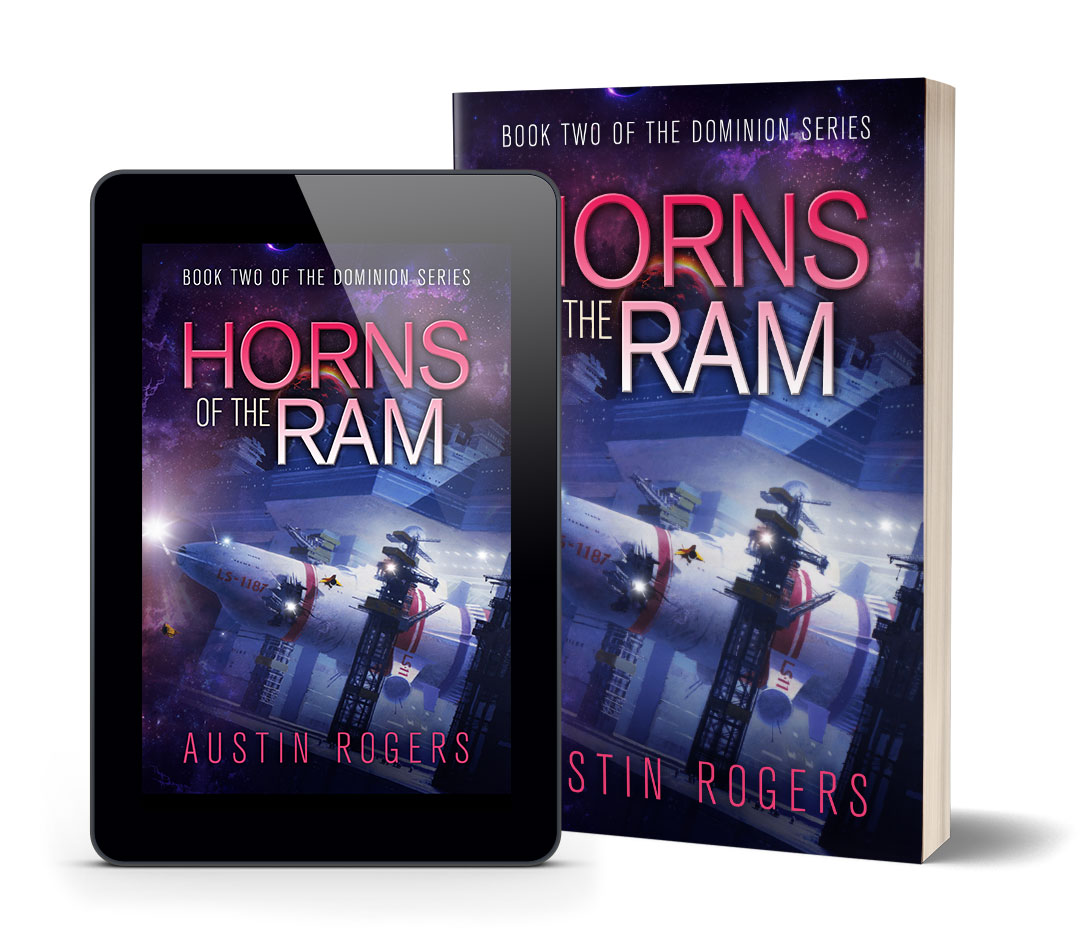 Horns of the Ram by Austin Rogers

The galaxy-wide epic of action and intrigue continues in the second entry into the Dominion Universe!

The drum beat toward war ramps up in each human-populated galactic arm. Various pressures increase the momentum, making a devastating three-sided conflict seem more inevitable by the day.

Sierra Falco, a voice of peace in the divided Republic of Carina, has been captured by clandestine forces who wish to use her for their treacherous purposes. Meanwhile, Davin de la Fossa, wounded and disheartened by his failed attempt to prevent Sierra’s capture, must decide whether to return to a world of safety and familiarity or venture into the unknown to finish what he started.

And in the Sagittarian arm of the galaxy, new stars rise among the warrior-born, ready to defend the Regnum’s honor against any and all challengers. Cristiana of Eagle strives to prove her worth in a male-dominated milieu but is confronted with sacrifices bigger than she could’ve imagined. Zantorian the Fox, Grand Lumis of the Sagittarian Regnum, must also decide how much to sacrifice in order to hold his domain together.