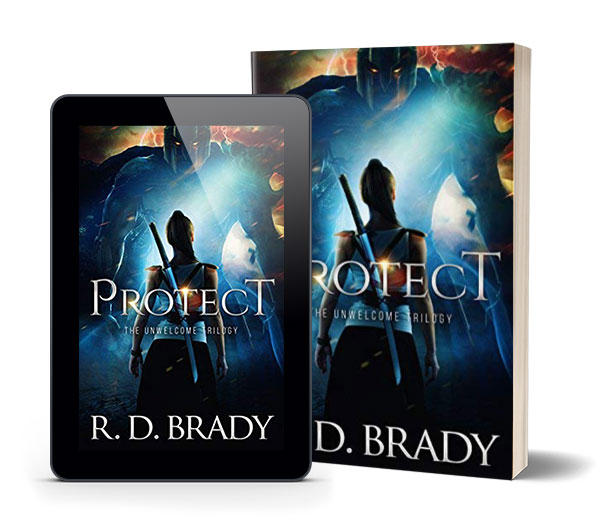 The greatest devastation in history. A secret that will alter humanity forever. Today, the true fight for survival begins.

Deep within the remnants of the United States, Lyla Richards oversees a camp of 200 survivors. In a world where living is an everyday struggle and only through banding together can people survive, the arrival of the Unwelcome only made her job harder.

Riley Quinn and Miles Jones have been raised by Lyla for the last five years. They are also one of the Cursed: the children between the ages of 13 and 18 whom the Unwelcome kill on sight. No questions, no pleas, just death.

Protecting one another and the people of their camp is ingrained in all of them. But now, each of them faces increased danger as the reason why the Cursed have been targeted by the Unwelcome slowly comes to light.

And that truth will shock them to their core.

Now time is running out. Not just for the Cursed, who are being hunted down by the Unwelcome. Not just for Lyla and her family, who will face their greatest challenge yet, but for all of humanity.

The world changed radically 35 years ago. But today, humanity’s very existence is on the line. And the fight has begun that will ensure its future…or its annihilation.