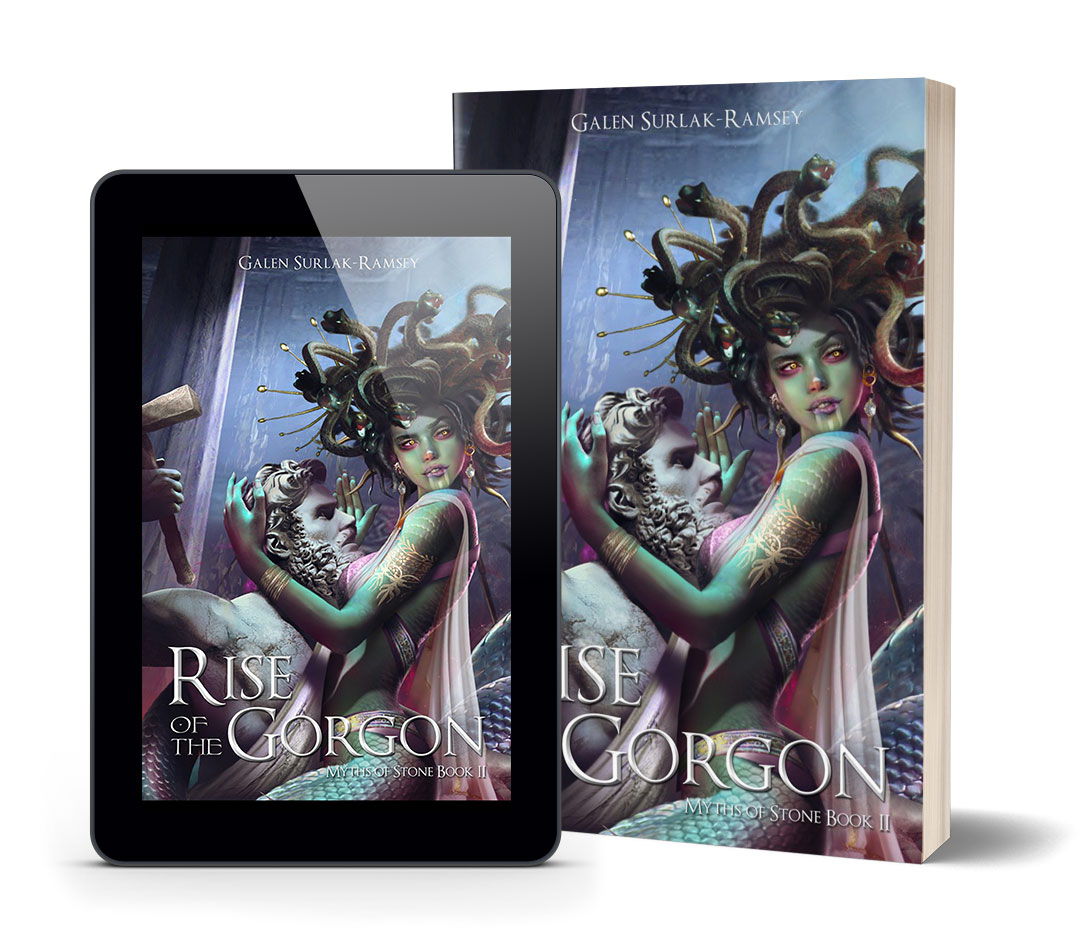 Rise of the Gorgon by Galen Surlak-Ramsey

BEING IMMORTAL IS GREAT.

Except when you’re an outcast.

Euryale, sister of Medusa, longs to be accepted, but no matter what she does, all she gets is more of the same: heroes who want to kill her; strangers who want to manipulate her; and gods who want to torment her.

But there’s only so much a gorgon can take.

So when Euryale finally snaps and seeks vengeance, she discovers an ancient being who offers her a way to bring all of her enemies to their knees—if she’s willing to pay a hefty price.

And for a girl who’s shunned by all, what’s one more curse to bear?