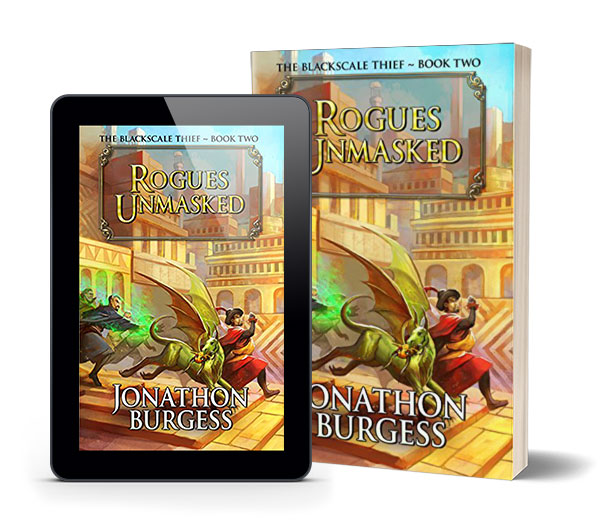 After a successful heist, the Blackscale crew is ready to make their escape from the monument city of Abattra. There’s just one little problem: the young dragon Greasetrap is missing, separated from his family in the chaos of the robbery.

While his family scrambles to find him, Greasetrap finds himself on his own for the first time. And much to his annoyance, his theft of a gaudy mask has everyone in the city looking for him.

As villains close in on all sides and blood begins to spill, Greasetrap finds himself faced with a choice: rejoin the Blackscale crew and flee the city, or take a stand for all the innocents paying the price for their antics?

Because the Resplendents will do anything to get the mask back, even if that means waking the immortal horror slumbering beneath the streets of the city.