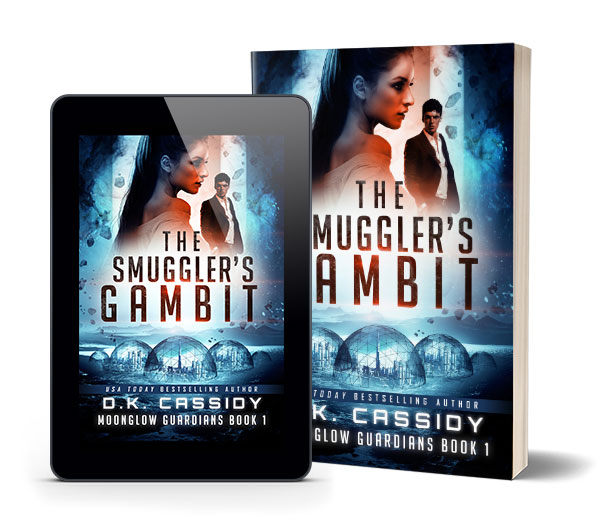 The Smuggler’s Gambit by D.K. Cassidy

An Interplanetary Private Investigator has a serial killer to find, and only a red scarf to go on as a clue.

Lily Lovegrove’s interplanetary detective agency is barely staying afloat when her newest case brings Lucien McAvoy into the fold—a man who seems to be more trouble than he’s worth.

Lucien claims he only wants to hire Lily to follow his ex-girlfriend, but before long, it becomes apparent there’s much more at stake when digging for dirt on Lucien’s ex, leads them to discover production of maxxolonium, an illicit drug that’s proving all too easy to overdose on.

If Lily and Lucien don’t find out who’s making it before mass distribution, the deaths may climb from dozens to thousands. But their struggles are compounded as their desire for one another grows nearly as quickly as the bounty on their heads.