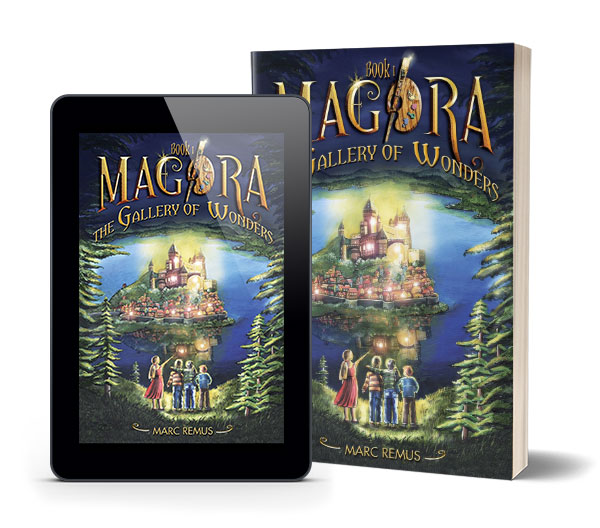 The Gallery of Wonders by Marc Remus

Eleven-year-old Holly O’Flanigan discovers an unusual paintbrush and a canvas with the image of a fantasy world that her late grandfather has left behind. She falls into the magical land of Magora, where everything and everyone is made of paint. There she learns to weave art and magic at Cliffony Art Academy, but her carefree life is soon overshadowed by dark events.

Valuable paintings have been stolen from the Gallery of Wonders. During Holly’s search for the thief, she discovers the Unfinished—monstrous beings created when a painting is left incomplete. Like vampires, the Unfinished hunger for the one thing that can flesh out their bodies— blood. And they want Holly’s most of all.