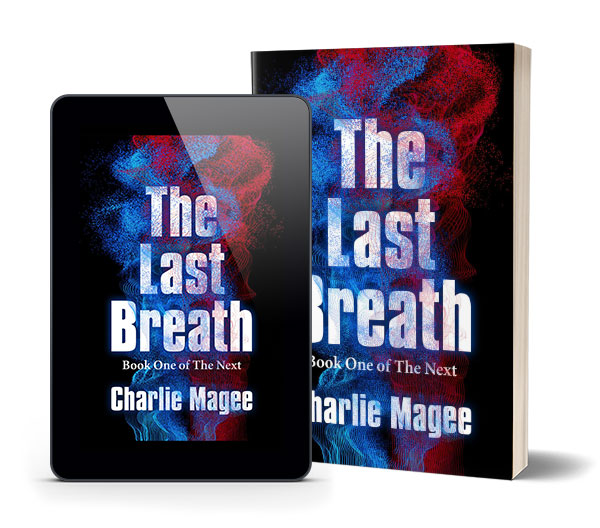 The Last Breath by Charlie Magee

One Code to Rule Them All. One Line to Bind Them.

It is the last eleven hours of civilization as we know it, and Matt Dunston is pissed off. Lia Bellamy was assassinated five minutes ago, blown to a cloud of molecules in his face. She was a war hero programmer on a post-apocalyptic Earth full of cyberpunks and battle-worn climate survivors. Her open source brain dust—human augmentation nanochips—held the promise of a future of freedom, creativity, and peace. Without her, the Singularity is barreling down on humanity like a boulder about to crush a bus full of kids.

The Decimal-Percenters are going to own the Singularity by forcing their version of dust into the lungs of millions at 11 am tomorrow. People will become superhuman . . . as long as they don’t mind the back door into their brain.

Matt’s not a programmer, but he thinks a few hours should be plenty of time to unleash his rage on the Decimals, and then delete their code and prevent worldwide mental slavery.