The Tracker by Chad Zunker 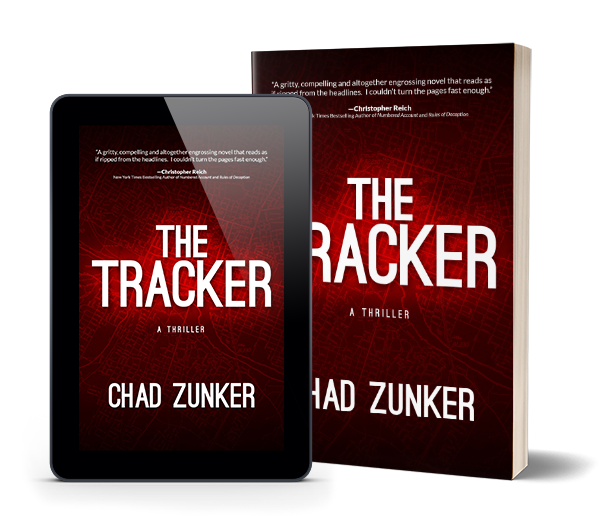 Sam doesn’t have a business card. Nothing that says Samuel W. Callahan, Political Tracker, Esq. Instead, he gets paid to hide in crowds, following candidates on the campaign trail to record their every misstep, public and private. It’s something Sam’s oddly good at since he grew up on the streets. And it’s not like he has anyone waiting for him at home. After a life spent in and out of foster care, Sam isn’t very good at getting close to people, or letting people get close to him. He just needs enough money to finish up at Georgetown Law and find a decent job so he can finally stop running.

But when Sam witnesses something that could destroy a rising political star, he has no choice but to run. In the line of fire, Sam must outrun the memories of his past if he wants to have any hope of outrunning an assassin’s bullets.