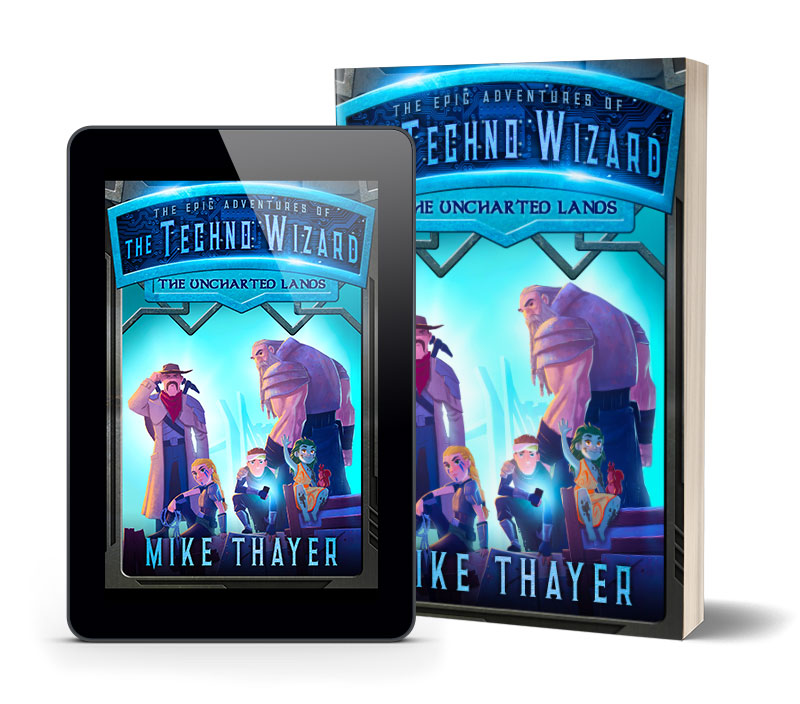 The Uncharted Lands by Mike Thayer

The Epic Adventures of the Techno Wizard, Book 2

Rebellion against the Emperor of Avalon grows as rumors spread of the Collector’s defeat at the hands of the Techno Wizard. Sam Shelton and his friends now seek powerful new allies as they travel to the Great Rampart of the Uncharted Lands – a towering, armored wall built for a single purpose: to keep the citizens of the Wildland Kingdom on one side and the foulest monsters in all of Avalon on the other.

Something, however, is not right in the Uncharted Lands. The attacks on the wall grow fiercer, more frequent, more coordinated and Sam’s drone catches a glimpse of an evil long-forgotten. Can Sam and his friends convince the Queen of the Wildland Kingdom to fight the emperor or does a slumbering threat pose an even greater risk?