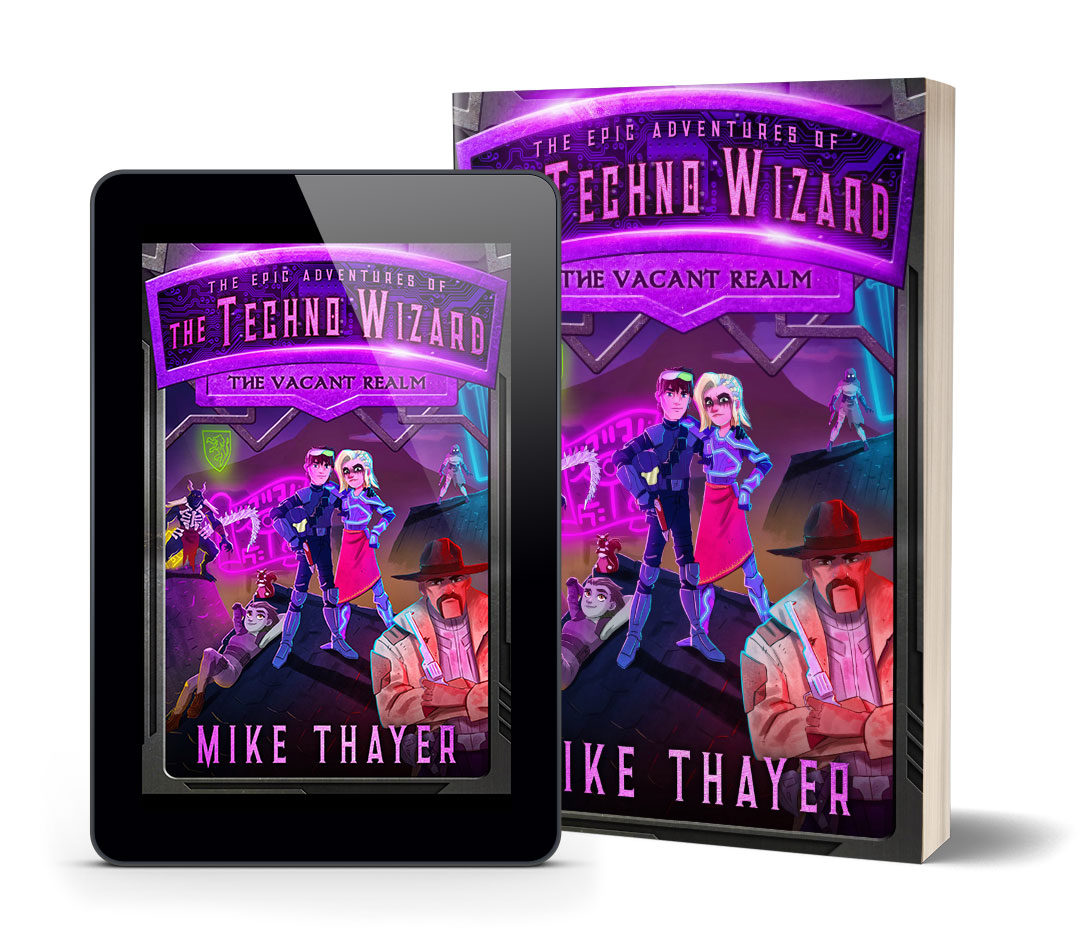 The Vacant Realm by Mike Thayer

The Epic Adventures of the Techno Wizard, Book 3

When Sam Shelton appeared in Avalon nearly a year ago, it was fate that joined him together with Willow, Cornelius, and Roanna. They’ve since toppled unbeatable generals, bested champions in combat, and fought back hordes of terrifying monsters. The Mavericks had the emperor on his heels, or so they thought.

The wizard ruler of Avalon has retaliated and toils away on his secret plan from the bowels of his mountain stronghold. As Sam and his group journey northward to test their wits and skills against the famed Trials of Olen, both old and new demons threaten to pull the group apart from the inside.

Can Sam keep the group together and claim Olen’s fabled prize or is the emperor one step ahead? Will Sam ever find the location of the Gate Minder’s Key? Find out that and more in The Vacant Realm!