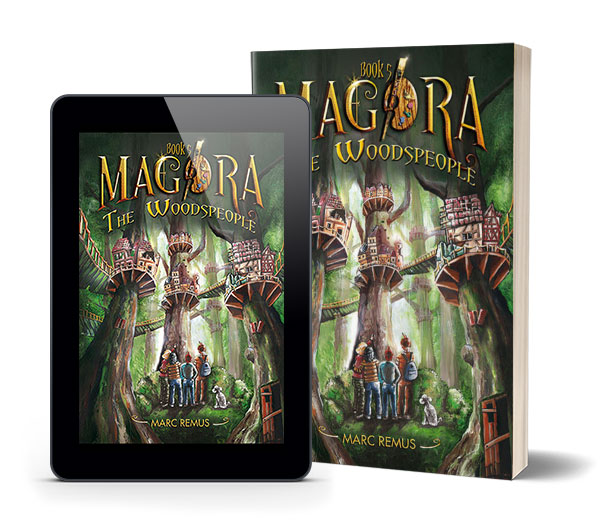 The Woodspeople by Marc Remus

The fifth book in the award-winning children’s book series “Magora” takes fourteen-year-old Holly O’Flanigan back into the painting of her grandfather, where the parallel world Magora is located.

Holly is about to complete her final year at the art academy Cliffony but she is troubled by the horrible living conditions of the Unfinished who were caught during the uprising.

While the evil Duke of Cuspidor rebuilds his forces, one stunning revelation after another keeps Holly and her friends reeling. They find a note that leads them on a quest to find out who Andrew, Ethan, and Martha are—and what happened to them. They learn more about the devastating effects of Mind Splitting Powder and the zombie-like creatures it can create. Then a character from the past makes a surprise reappearance.Their losses mount as they make horrifying discoveries and spur Holly to stop Cuspidor once and for all.