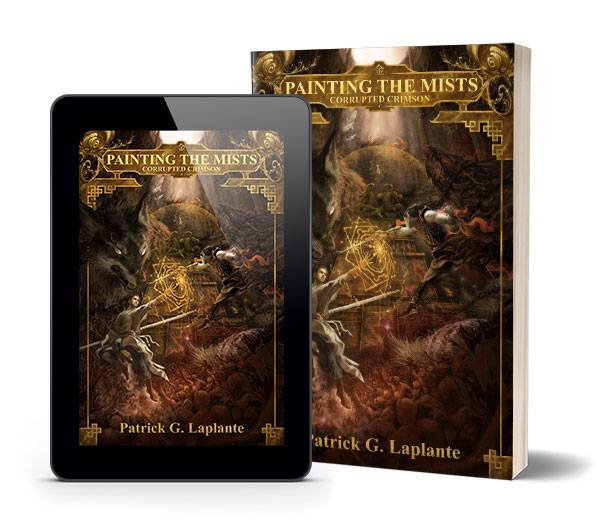 A shadow has fallen on the Song Kingdom. Its ancient luster has dulled, and what was once a golden land has been corrupted beyond redemption. The king is dying, and no one can determine the origin of his ailment.

In Songjing City, a fierce battle for succession is escalating. Wang Jun and Cha Ming wage an economic war to support Prince Lei. As Cha Ming fights with staff and sigil in the light, Wang Jun must dance with daggers in the dark.
Meanwhile, Feng Ming is stranded in the capital. Not satisfied with being pulled out of the battlefield, he aims to sow as much chaos as possible.

While everyone is concerned with the present, Gong Lan delves into the past. She must learn the truth behind the chaos in Songjing and unfetter the chains that bind its destiny. But the road is long and red, tainted with corrupted crimson.

The design for Corrupted Crimson included styled chapter headings with artwork (provided by author), footnotes, Chinese characters, and graphical separators. The book was designed as a 5.5 x 8.5 book and is 422 pages long. 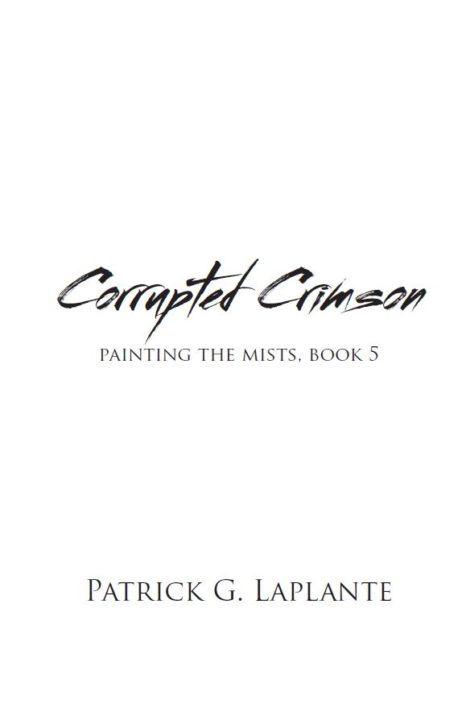 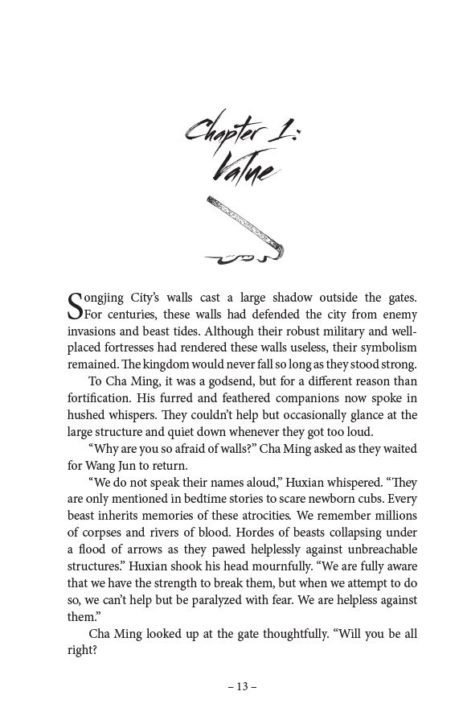 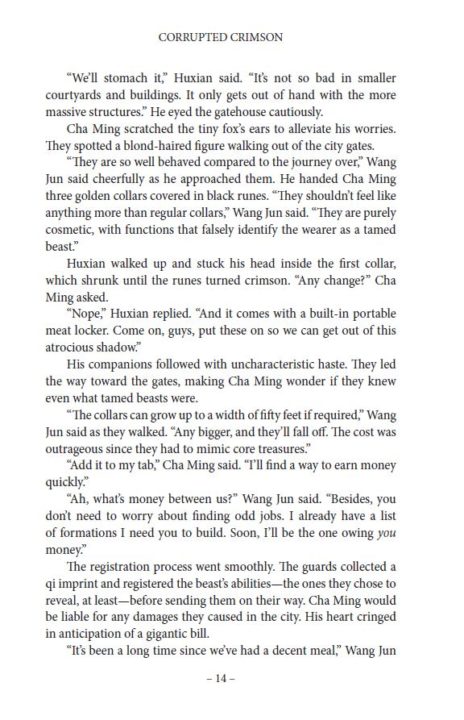 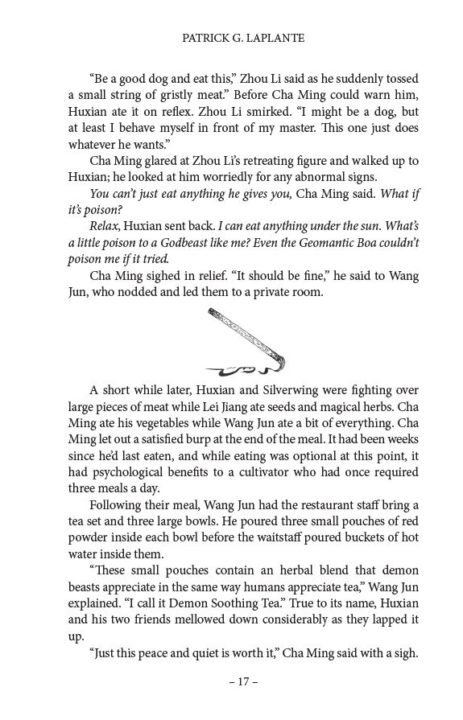