How did it get to be the end of May already? I don’t know where the year has gone. And as usual, I’m falling behind on blogging.

A couple of weeks ago, my client Daniel Arthur Smith submitted his short story Sarfer to Kindle Worlds. The story takes place in the world of Hugh Howey’s Sand, a post-apocalyptic world where the world is covered in Sand and divers burrow into the sand to retrieve hidden treasures of the buried cities of the old world.

Sarfer is the story of Mattie, a sailmaker’s son. When the great wall of Springston fell, he lost his father. But his father’s words resonated, “When you fall down, get back up.” So Mattie persevered and rode the wind to the brigands to become a courier, transporting anything anywhere, no questions asked. 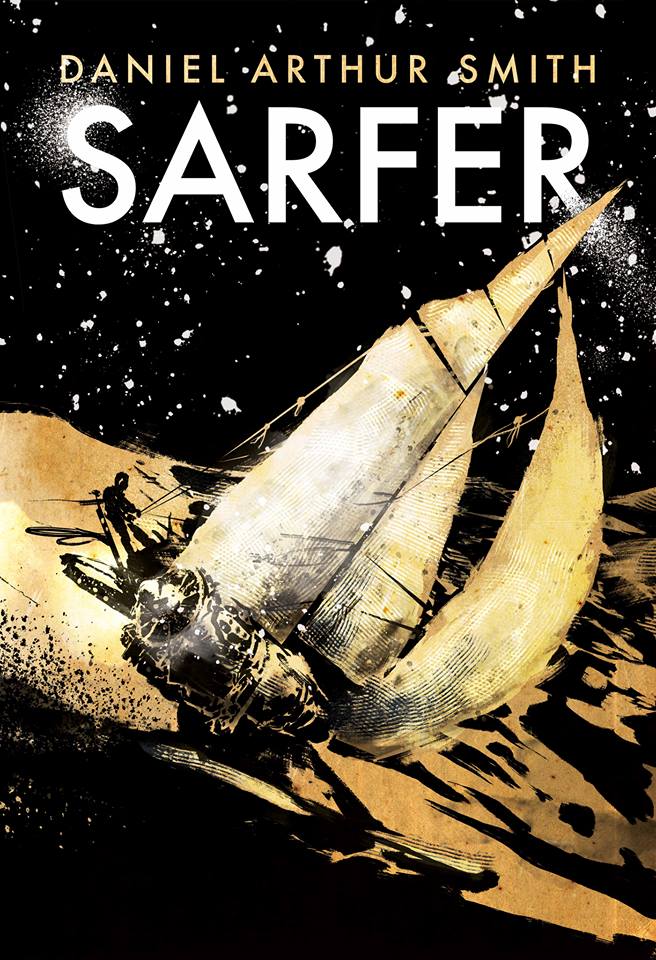 While the story takes place in Howey’s fictional world, you don’t really need to have read Sand to appreciate the story. Some of the terminology might be foreign, but you pick up on it soon enough.

I’m giving away a Kindle copy of the story to help celebrate its release, so if you’re interested in entering, simply comment below and tell me what you think when you look at the cover! After you’ve done that, log your entry into the Rafflecopter widget below.