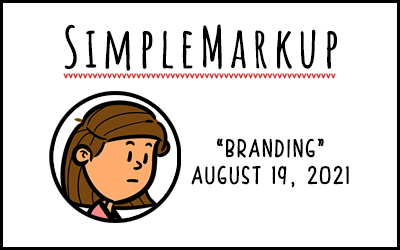 The last couple of months have been so stressful for me, more so than normal, for reasons I won’t post publicly, but it’s been wearing me down, and I can’t wait until things settle so that I can actually breathe and stop being so tense. It’s also not helping that Comic #200 is coming up, and I don’t really have anything particularly hilarious written down. The pressure I’ve put on myself is aggravating!

This week’s comic is a writing issue I’ve come across several times, across several different authors, and it’s a somewhat curious trait in some manuscripts: name-dropping overload. Sometimes authors will put forth too much detail in the form of name brands, possibly because they feel it helps with scene-setting or with giving their characters sophistication.

Usually, though, when it becomes overly noticeable, that means it’s being overdone. And anything overdone needs some extra consideration.

Are you a starting editor in need of a supportive community? Consider the Editors Foundry!