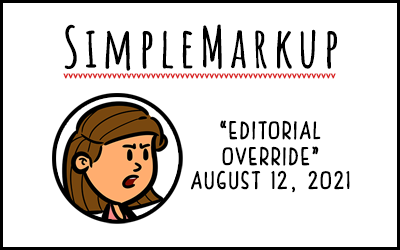 I’ve been a freelance editor for going on eight years now, with the vast majority of my work being in line/copyediting, and one of the things I tend to do is both lean on and blow off the dictionary.

In my defense, the rainforest argument above has some data to back it up via Google Ngram.

M-W Collegiate currently has “rain forest” as two words, with NO alternatives listed. But if you check Ngram, the use of “rainforest” seems to have seen a surge in use back in the eighties and nineties, and it’s stayed fairly stable. Meanwhile, use of “rain forest” peaked in 1995 and has only plummeted since.

So what is an editor to do? I check various places, and then I tend to query, sometimes telling my client that something is Supposed to Be This Way but doesn’t really seem like it’ll be accepted by readers as correct, so I won’t kick up a fuss (see also: rib cage/ribcage). Sometimes an author will be adamant about a word just because that’s how they’ve always known it, even if it’s not an officially acknowledged variant.

All part of the nitpicky, selectively persnickety storm that is editing. 🙂