So this morning I was, for the umpteenth time, making my son’s peanut butter and jelly toast while mumbling and grumbling about choosing between:

I don’t like doing either, to be honest, because I tend to be micro-lazy like that. I hate making more dishes and I hate having to go wash something as trivial as a knife or spoon in the middle of a task.

Then a light bulb goes off in my head. Someone should invent a two sided knife for peanut butter and jelly fans! Maybe *I* could do it! But then, as is standard, I had to go look to see if there already was one. Much to my delight, there was: the Cuisipro Peanut Butter and Jelly Spreader. 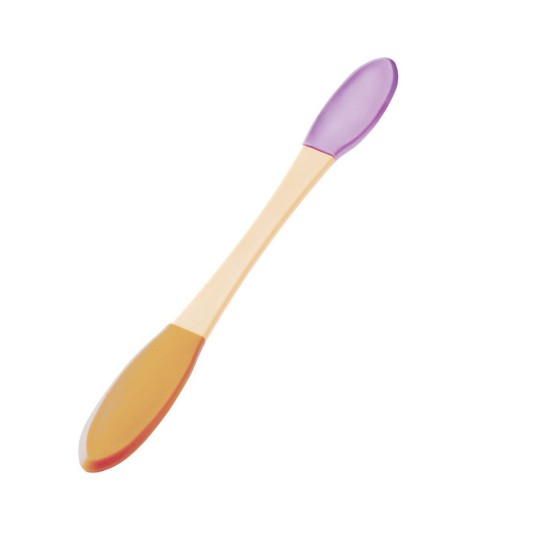 OH HO HO! Genius, right? I’m still deciding if I want to pay 10 bucks for one since I’d probably want more than one, but it sure is tempting. It’s even highly rated! The colored silicone ends are particularly adorable. If I end up getting one I’ll be sure to review its potential amazingness.

For now, I’ll just sit here and marvel at its ingenuity.