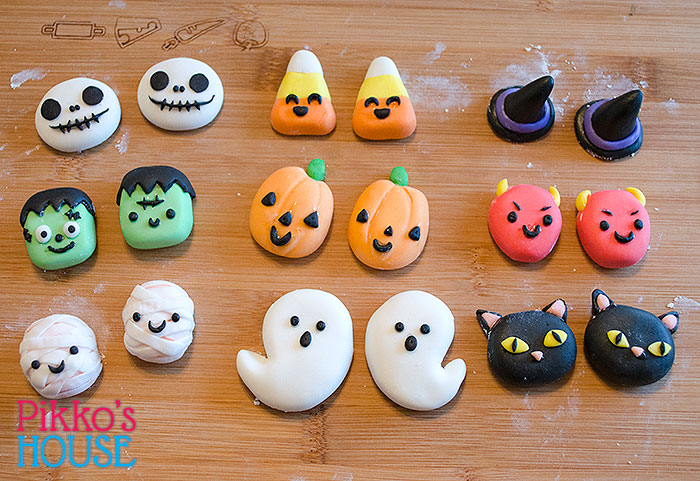 I took most of the day off today to start knocking off Halloween tasks and got one big one done: the cupcake figures. I’d made the fondant yesterday, and today after I finished up two short edits, I got to work on making my little spooky toppers.

I started with Frankie. 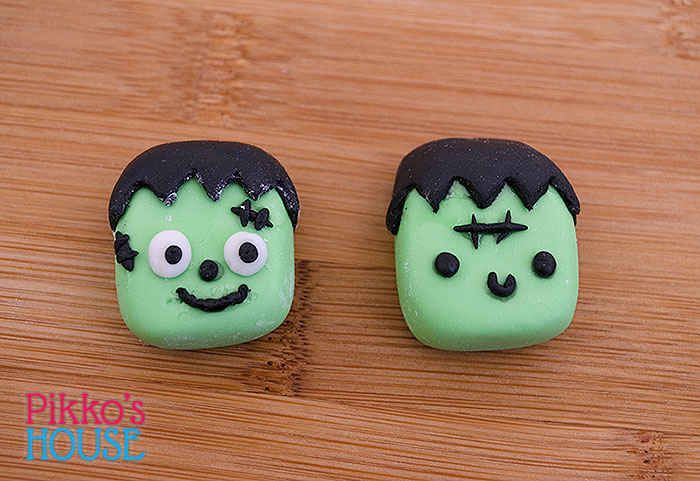 I couldn’t decide if I wanted to have him have white eyes or just plain eyes, so I put it to a vote out of curiosity. Most people liked Left Frankie, but in the end I didn’t have enough time, so I made most of the faces in the style of Right Frankie. Left’s mouth looks all weird cause I started out making it a squiggly mouth and it looked weird, so I nudged him into a smiley face. 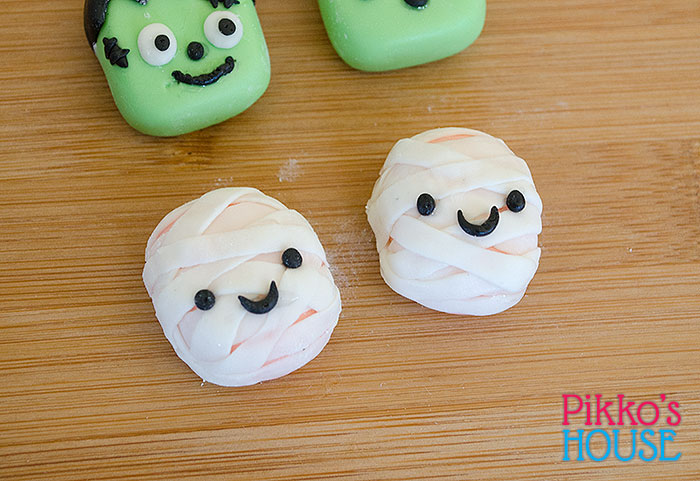 Next, I made some mummies, which Mr. Pikko says are his favorites out of the bunch. They’re a little small, but they still came out cute! 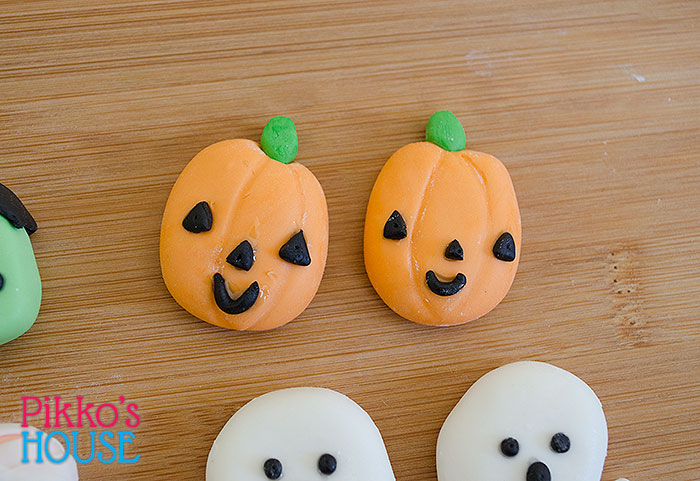 Next up are some jack-o-lanterns. I’m not sure why I went with tall ones, but I like how they came out. I used a toothpick to make the little ridges. 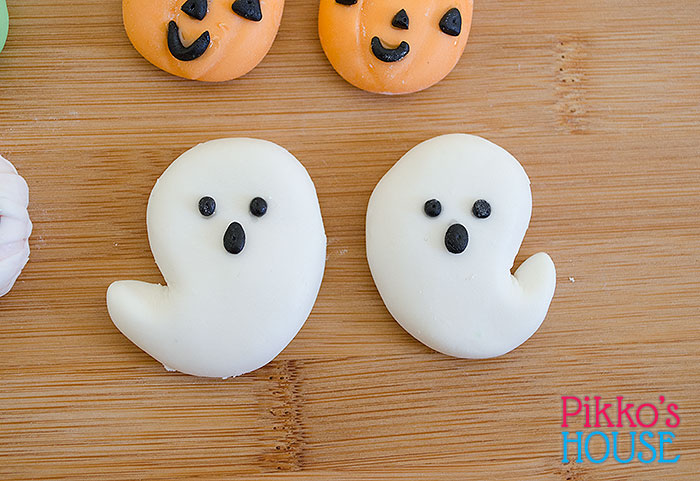 You can’t have Halloween without some ghosts, right? These are a little big, but when I thought about downsizing them, they looked at me with this shocked face like, NO! 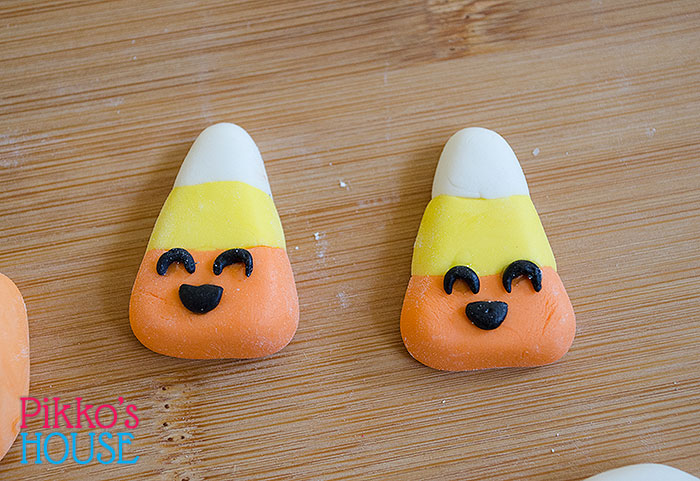 Little candy canes. They’re such jokesters, laughing it up the whole time I was getting all frustrated that Baby C kept stealing my food coloring gels. 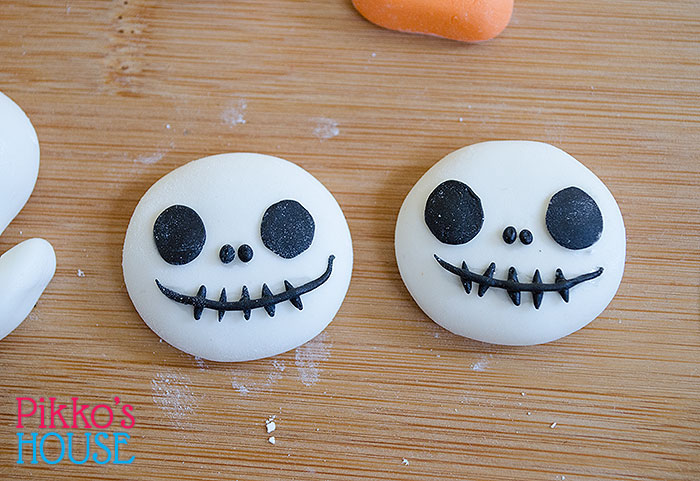 These are my personal favorites, and they look more like the Jack Skellington Tsum Tsum, but maybe that’s why I like them, haha! 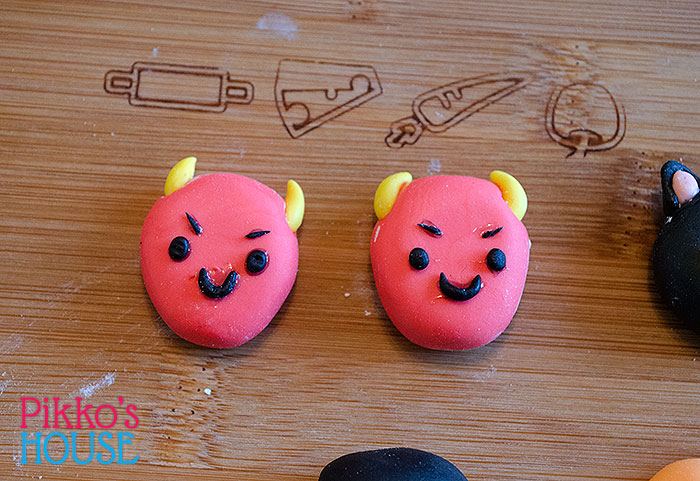 Devils! Don’t they look wicked? The corn syrup is a little too apparent, but it’s doubtful the kids will care tomorrow. 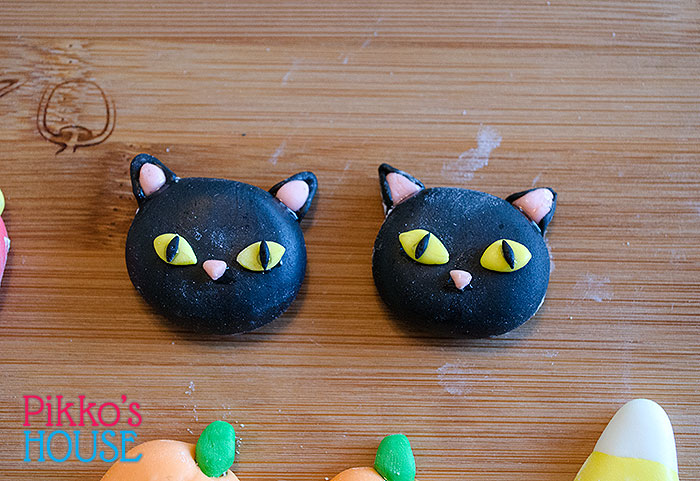 These are my runner-up favorites, just because I’m proud of how I did the ears. Plus, they look nice and creepy! 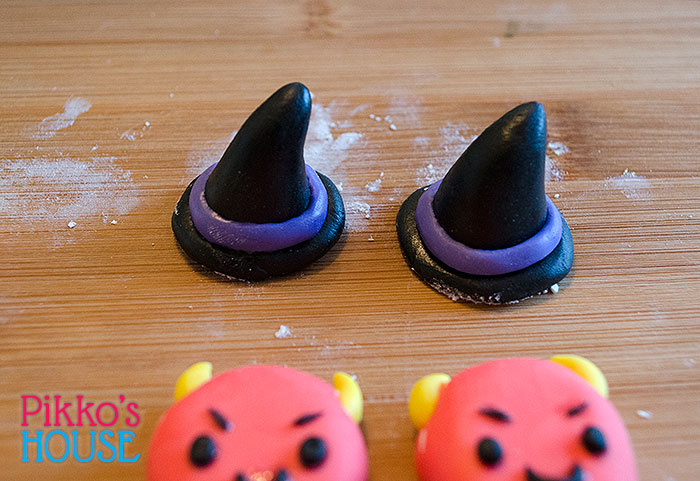 I thought about doing an actual witch, but I was feeling lazy by this point, so I went with the hat. Looks a bit like a Harry Potter hat to me.

Here they all are. They’re drying on the dining table right now, and tomorrow I’ll bake some red velvets and put them on. I’ve got a ton more to do tonight including: