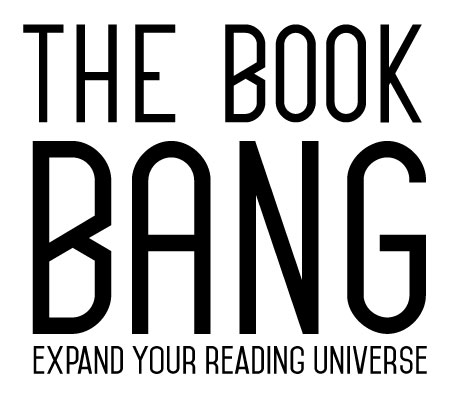 Last year, I bought a new domain, thebookbang.com, and tried to do something with it, buying a new theme and some plugins. The theme was overly complicated, the plugins didn’t work, and it was just too much work for me with little payoff. 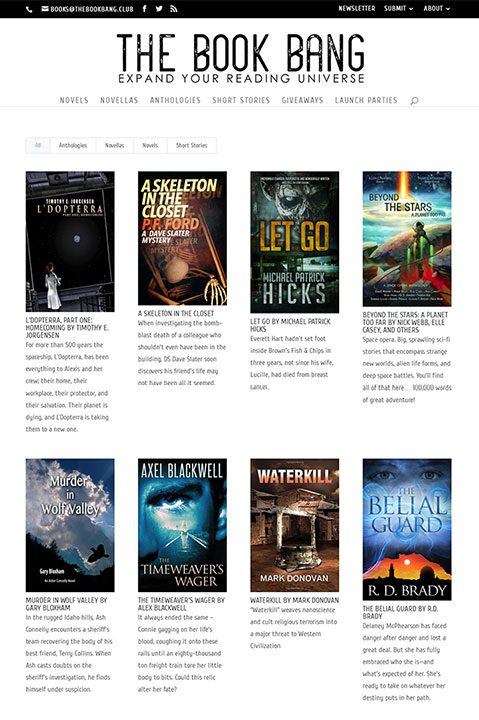 My goal with this new site–not only with its concept, but its setup–was to make it easy for users to use the site from the front end, meaning that I could get authors to submit posts to the site without me having to go Google book covers and synopses and author Twitter handles and all that mess. I didn’t want to have to tweet or post to Facebook or whatever because I just don’t have time for all that, especially with the potential volume and my editing work waiting. With the help of Divi (which this site also uses) and some plugins, I managed to get it all working how I needed it to, and it could possibly change how I run my other sites.

With Front End Publishing Pro, I was able to take the complicated-for-novices WordPress Dashboard out of the equation and require authors to simply upload their book covers, fill out a form, and click Submit. I get an email notifying me of any submissions pending review, check to make sure it conforms to the site’s format, and hit Publish. From there, it gets auto-tweeted (tagging the author if a Twitter handle was provided) and auto-posted to Facebook. Divi displays it all how I want it, and now all that’s left for me to do is figure out how I want the featured slider to look.

The featured slider is probably the first area that I’ll be able to monetize, simply because it’s going to require more time for me to implement, and for a freelancer like me, time is always money unless I’m investing in something like a site build. That said, a feature isn’t worth anything until I have traffic, so for now the features will be comps for friends and clients. I intend to keep the listing side of the site free for at least a year, possibly two, and the browsing part of the site will always be free for readers to find newly released indie books.

The idea for this site came about one day when I read an article about just how many books are published every day now due to the ease of self-publishing. After that, I started paying attention and noticed how true it was. In addition to traditionally published books stocked in bookstores, NetGalley has thousands of titles, indie writers in my editing circles release things practically every day, and I see books promoted on Twitter hour after hour. I’m one measly freelance editor, and I already help bring dozens of titles to release with my services each year.

At some point I realized that for every author I know on Facebook, there are 20 more I don’t know, and they’re all writing and releasing books. It’s staggering, and really, who has time to follow all of them and find new ones too? So from a reader’s standpoint, I’m hoping The Book Bang helps make it easier to find new indie books. For authors, I want to build a helpful marketing tool. The site doesn’t just feature new releases, but also launch parties (which readers/fans can attend to win cool prizes) and giveaways.

So feel free to check out The Book Bang, and if you have feedback, just let me know in the comments!