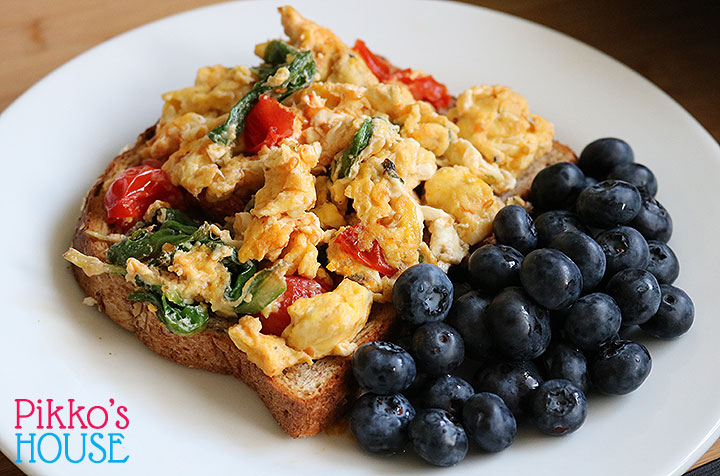 As I mentioned earlier this week, I’ve been doing the Cooking Light Diet, but with all our visitors week after week, it’s been hard to stick to it, and a lot of my meals say “Dine Out” in the planning phase. I try to eat salads or lighter dishes, but it’s not always feasible. It’s even harder to follow it when the shopping list becomes a mile long, so I end up recycling the meals I favor since eating half an English muffin twice a week ends up leaving me with a whole lot of English muffins at the end of the week.

I made this Veggie Eggy Scramble one earlier this week, and it was a definite keeper. Provided I happen to have cherry or grape tomatoes and spinach handy, I’ll probably make this at least once a week. 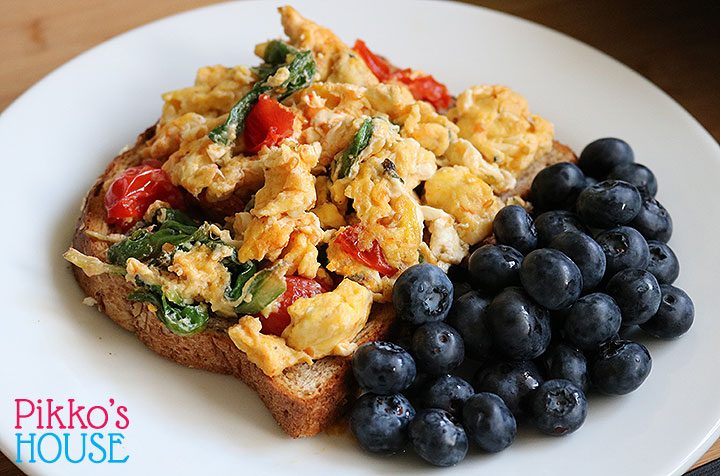 The full recipe was to serve four, so I used two eggs instead of five. Included in the scramble is salt, pepper, cherry tomatoes, spinach, and feta cheese. The cheese I used was Mediterranean Herb, so it added a nice flavor I really enjoyed.

Since it was two eggs instead of 1 1/4 eggs, it was piled a bit higher than it was supposed to, and the eggs fell off a couple of times, but it was still so tasty and filling!