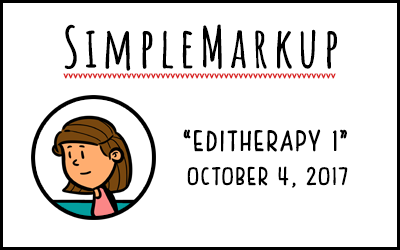 This week’s comic covers a topic that’s often discussed amongst fiction editors—dialogue tags. Ask any professional editor their thoughts on it, and they’ll probably start harping on you about the “invisible said.” The argument, for those who haven’t heard of the term before, is that the word “said” is so plain, simple, and accepted that when people are reading dialogue, their brains barely even register it, and they are able to immerse themselves in the conversation while also being subtly clued in to who is saying what.

“I think not,” he countered.
“But my editor said to use it,” she argued.
“Sure, whatever,” he scoffed.
“No, really, she said “said” is fine,” she explained.
“I don’t care,” he interrupted.
“You’re not listening,” she interpreted.
“You got that right,” he justified.

And you’ll get [insert editor screams]. Okay, maybe I won’t scream, but I will quietly take your creative tagging out when I deem it too intrusive or redundant. 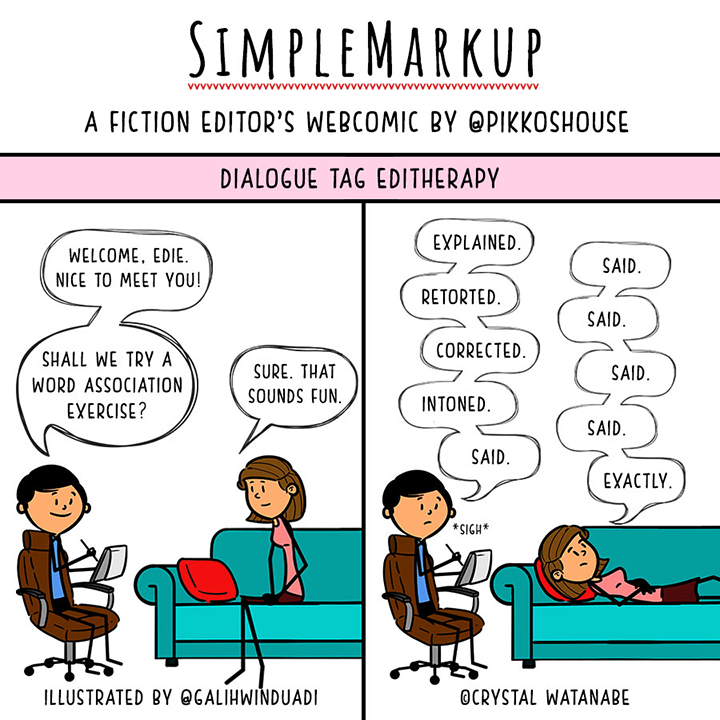 I’ve got a maddening story to share related to this week’s comic. While I was creating it this past weekend, my 13-year-old daughter happened by and read it over my shoulder. She didn’t get the joke, so I explained it. Then she explained to me that her GT Language Arts teacher actually deducts one point per “said” usage in essays and stories because it’s not descriptive enough.

At least now I know where this author trend probably comes from—school!

Anyway, as promised on my social media channels, here’s the alternate ending version: 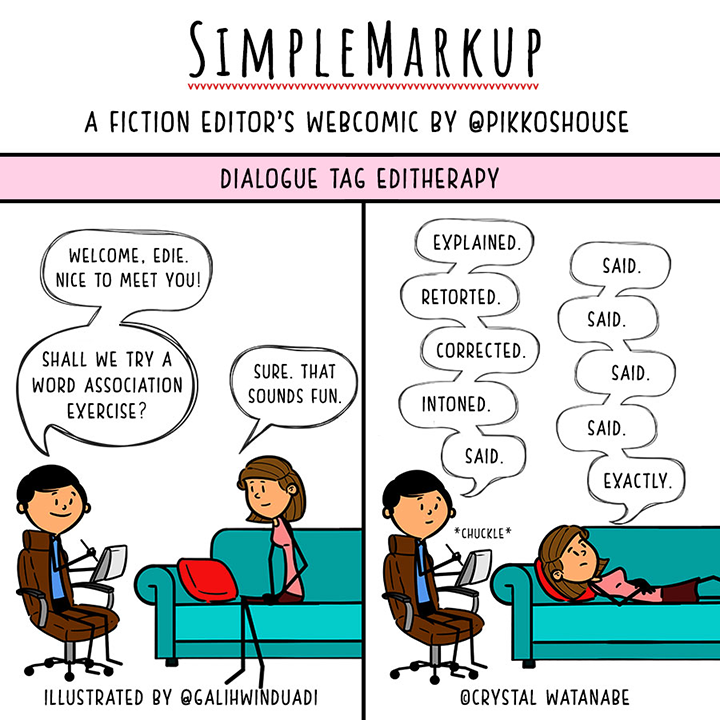 I queried a bunch of editors and asked which version they thought was funnier, and it was split right down the middle. My original joke is that the therapist is frustrated that Edie doesn’t seem to get the point of the exercise and is just showing she can’t turn her editor brain off. In the second, the therapist, who presumably has other editor patients, simply thinks it’s funny.

Weigh in by voting below!