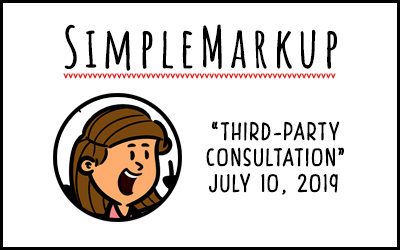 This week has been a bit crazy for me. For one, I’ve been working like a maniac, being a productivity beast and logging lots of hours. Then yesterday, as I’m leaving to go get Mr. D from preschool, I hear a ka-thunk, ka-thunk.

Yep. Flat tire. Like mega flat. My hubs was able to go get the kiddo, I had some poor roadside assistance guy come out to change my spare only to find out my wheel-lock key was missing. So that had to be canceled, and the flat had to wait for this morning. Then around 8, Mr. D is on the couch, asking for a pile of blankets and saying he was freezing. He had a 101.3 fever.

Argh! So yeah, he’s home with me today, perfectly fine, no fever, but also not allowed to go to school. And me with a flat. Thankfully, getting it towed was easy, and since my tires were only thirteen months old, I’m hoping I don’t have to pay for it. And hey, I got to finally participate in #StetWalk.

If you’ve ever wondered why developmental editing costs so much when there’s no actual work being done on the sentences, it’s because so much work goes into crafting that letter, the one pointing out every way that things need to be torn down and rebuilt.

The downside to developmental edits is that it’s early on in the process, so the manuscript is in a much rawer state. Pointing out and fixing problems during a line edit can usually be resolved in seconds or minutes, but a dev edit requires deeper thinking.

While I’m not a lawyer and don’t charge for thinking time, there’s usually this point when I’m nearing the end of going through the story where thoughts of the story and the fixes needed start to consume me. It’s all I can think about. And like writers, I get stumped. I have no clue what to suggest. I start to doubt myself. I contemplate deleting my developmental editing service page.

And then it’ll hit me. Some random inspiration in the shower. A song on the radio. Or in the case of a recent dev edit, a movie trailer that led to me realizing that there was one thing that could solve a bunch of problems. All those thoughts swirl in my brain, and sometimes something random I’m doing will make the jumbled puzzle finally materialize in my head, and my dev service page is safe.

Until the next one. 😉