When I was growing up, we’d go over to my Grandma Mu’s house a lot and sometimes either her or my mom would have corn chowder for us to eat, which was really great because Hilo is a very rainy town. It’s cold and the air is very wet, leaving you feeling kinda blue, so the corn chowder I ate was always very comforting and delicious.

One time when I was old enough to remember, my mom told me their secret ingredient: a packet of Lipton Noodle Soup

My daughter has been downright obsessed with secret ingredients lately. I don’t think she’s quite gotten the hang of the concept though, as she’ll just randomly declare something in a recipe as The Secret Ingredient. According to her, the secret ingredient for this corn chowder is…… corn.

I never did find out what else they put in, but over the years after trying out different chowder recipes online and making changes as I saw fit, I arrived at something I liked very much. 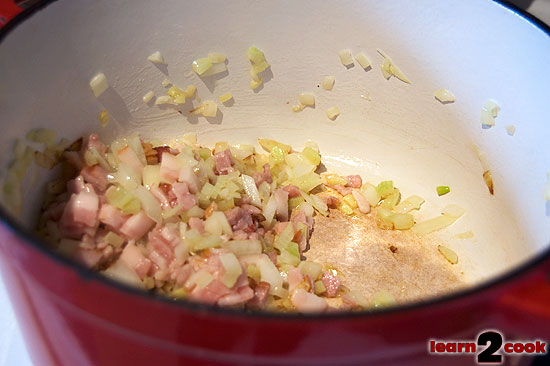 First of all, 2 tbsp butter, half a diced onion, and a half cup of celery. Cook until translucent and then add 3 sliced of thick cut chopped bacon. Cook for a few minutes. 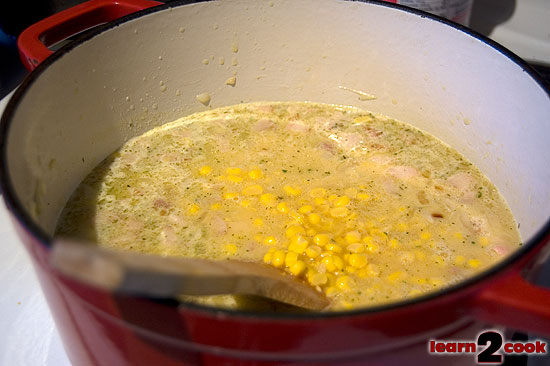 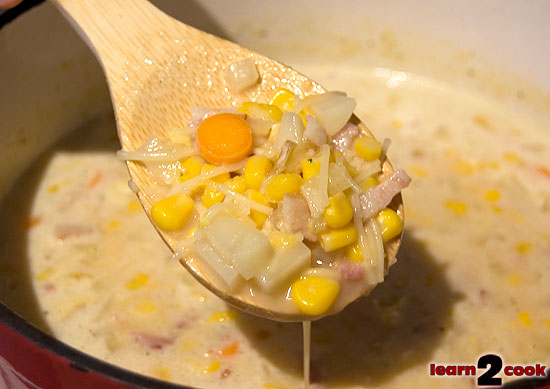 Add 3-4 medium cubed potatoes. Cut them small so they cook fast and are easy to eat. Slice 20 baby carrots or two whole carrots and add to pot. Bring to a boil, then lower heat, cover and simmer until potatoes and carrots are cooked and the chowder has thickened. You can add a thickening mixture of flour and water, but I don’t find this necessary. The ingredients tend to cause it to thicken up on its own. 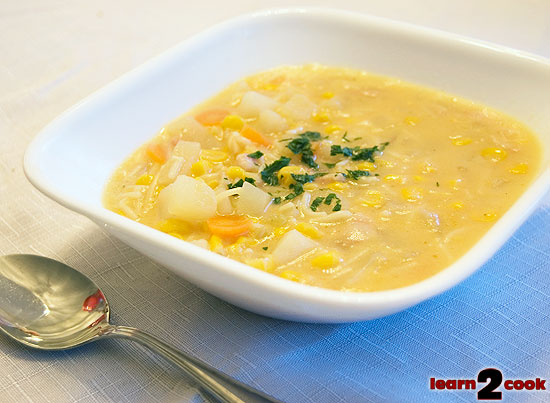 This isn’t the greatest photo, as I’m still learning how to take tabletop photo images and am not doing very well with laziness. Hopefully it still looks delicious to you though!