When I was pregnant with Baby Girl, like most other first-time parents I read books on having kids. I read articles in magazines, articles on the internet, and went to a couple classes.

What I found out after going through the whole ordeal, and from the 7+ years since then, is that there’s one thing you can be 100% sure of with having kids: You’ll learn some really important things no one told you about.

For instance, my breastfeeding teacher never once mentioned how excruciatingly painful breastfeeding is in the first two weeks. She never told me that the first time I put my baby to my booby, that my face wouldn’t be smiling, but would instead be a face that was a mixture of shock and discomfort. And that it was only the beginning. When you reach the Era of Cracking, you whimper like a cornered animal when that life-sucking infant is hungry again.

Later on, people always talk about the Terrible Twos and the Tantrum Threes. People don’t usually tell you that these notorious years aren’t restricted to those ages and you’re certainly not out of the park once they turn four. In fact, it gets worse because now they can speak and reach previously unknown volume levels. 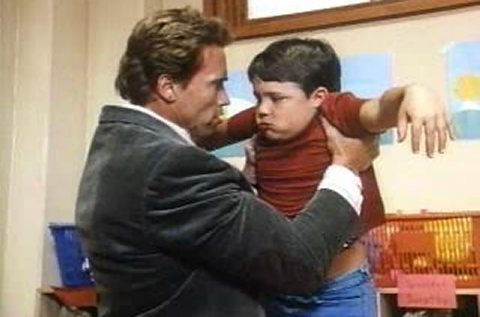 And he thought they were bad in school?

We ate dinner at Grandma J’s house every night back then and on the way home, she’d sometimes fall asleep. This was bad times because when we got home, I’d need to give her a bath. She’d scream from the moment the car shut off all the way into the house. Then she’d scream louder as soon as she noticed she was in the bathroom.

Then when I’d start stripping her down, she’d start screaming things like, “DON’T TOUCH ME!!!!” or “STOP IT!!!!” or “I DON’T LIKE IT!!!” You know, things that would cause neighbors to call the cops and report me for child abuse. All this from removing her clothes so that I don’t have to bathe her fully clothed, not that it would have stopped her screaming. Don’t even get me started on how loud she got once I turned on the water. I’m talking a bath here, not waterboarding.

The only thing to do was to get it done as fast as possible, dress her, and toss her into bed, where she’d instantly shut off and start sleeping. A couple times I tried to yell over her screaming and ask if she wanted the police to come and take her away to live in some stranger’s house and she lowered her octave down a notch, but not by much.

It took a few months for this to stop and I thought it was just going to be her. Unfortunately, earlier this year I found out that it’s not. Buddy started kindergarten at the beginning of August and although he adjusted very well to school, at home he turned into a raging ball of tantrum. At first I just didn’t understand it. I thought he was just suddenly a horrible child, collapsing on the floor whenever I said no to the littlest thing or asked him to do something himself like put on a shirt or find a pair of socks.

One day I asked him to get dressed and brush his teeth, which he is perfectly capable of doing himself, but for some reason he melted onto the floor in utter despair and began wailing about how unfair it was. Telling him to go to his room is like throwing gasoline on the fire and most times I have to drag him to his room. I say drag because when he sees I’m about to try to pick him up, he immediately goes into that Impossible to Lift mode children can pull off with astonishing quickness. The worst is when I forget and take him out shopping in the middle of the day. Right around 2 PM he starts freaking out over the littlest things.

It’s now December and things have finally started to calm down but it was really a hard few months to break him out of the nap. It’s about time too, I was ready to devolve into despairing banshee mode myself.