Ugh, I’m already falling behind! I made the cranberry sauce last night according to schedule but that was seriously so easy I think my six year old could have done it. I stayed up until 1 am doing the dough for the cinnamon rolls and this morning rolled and baked two test batches.

The rolls were woefully undercooked in the first batch and the second one that I left in the oven longer was better, but still undercooked. I also put way too much sugar. It’s a good thing I’m doing test batches! 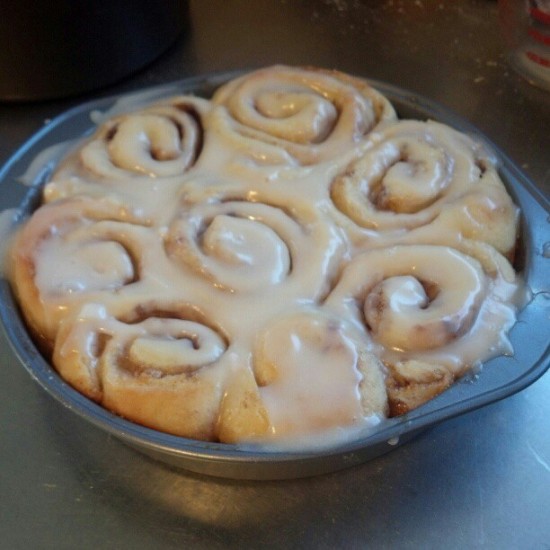 I took the second batch to work and it all went, so at least people liked them. I haven’t yet rolled the rest of the dough and frozen the rolls. 🙁

Tonight I successfully made the pumpkin soup, but have only gotten around to doing the cheesecake crust and I think I’m done for the night. Hopefully I can make up for lost time tomorrow!