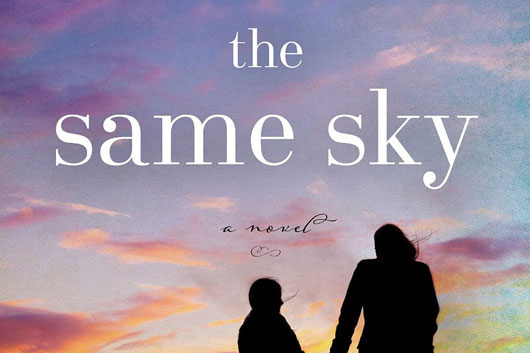 It’s been a 2015 of catching up on what I fell behind on during the 2014 holiday break and now I finally get to say I finished reading a novel in the new year. I can’t remember how exactly I heard about this one, but I got it through NetGalley, so likely it came through a promotional email they sent out. Regardless, I’m glad I applied for it, as it was a wonderful and touching read. 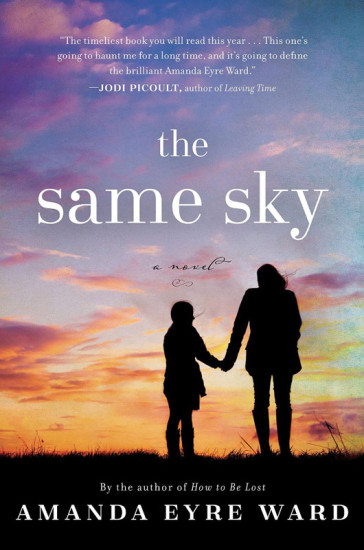 The Same Sky by Amanda Eyre Ward follows two different storylines, one of Carla, an 11 year-old girl living in poverty in Honduras, and also Alice, who is a woman living in Austin, Texas where she and her husband run Conroe’s BBQ restaurant.

Alice’s storyline starts off with heartbreak that brought tears to my eyes right away, not just because of what happened, but because I was reading it with my six-month-old son sleeping contently on my chest. Alice is a cancer survivor who is infertile after treatment, and she and her husband Jake have been trying desperately to adopt a baby. We meet Alice a day after they’ve brought their adopted baby, Kellan, home and fed him and kissed him and dared to hope for their life together. It sounds wonderful, if not for the fact that the birth mother, Noelle, had decided to utilize the option she had to change her mind and take her baby back within 48 hours. Needless to say, Alice and Jake are numb with shock and loss to have finally had a baby in their home only to have him whisked away.

Carla’s story is filled with heartache as well. Her mother has left with a coyote (which I learned is a person who will help sneak you into the United States) and Carla and her two six-year-old twin brothers are left to live with their grandmother in a shack in Honduras while her mother works for money to bring them to her in Texas. Eventually, someone comes to take one of the children to the coyote and it ends up being her brother Carlos. His twin, Junior, is left behind. Eventually, after Carla’s grandmother dies, Junior succumbs to the street “drug” Resistol, which is an industrial glue with strong fumes that street children sniff to ward off feelings of hunger and despair. (Google search and you’ll find this is very real)

Alice’s story progresses as she deals with the loss of Kellan and tries to figure out what is going wrong between her and her husband Jake. They argue, they can’t see eye to eye on Alice agreeing to be a “big sister” type of mentor to a young high school girl named Evian, and they can’t seem to grieve together either. Meanwhile, Carla makes the decision to take Junior from Honduras through Guatemala to Mexico, an astonishing journey, where they will find a coyote to bring them to their mother.

The Same Sky has a lot to say about motherhood, children, and heartbreaking loss, but it’s not a book that leaves you hollow, rather one that makes you feel hopeful in the end. One that makes you wish with all your heart that all stories like Alice’s and Carla’s could have an ending such as theirs, despite the road they had to take to get there.

Disclaimer: I received an unproofed advance copy of this book. I was not paid to write this review.