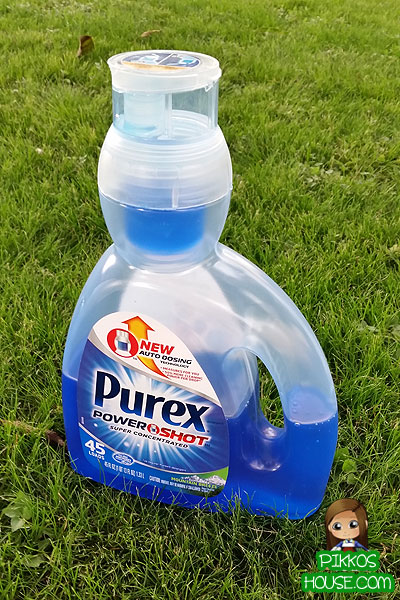 As a Purex Insider, I always appreciate when they send out things that try to make the pain of laundry a little less stressful, especially since I figured out last year that with a new baby, I now have to do a whopping two loads of laundry PER DAY to stay caught up.

I used to do two loads a week in college, and that was with Mr. Pikko’s laundry and our sheets and blanket too!

I’ve tried to tell my family to stop wearing clothes, but they didn’t really go for it. Plus my son has already been busted for taking a shower without soap or shampoo, so the least I can do is make sure his clothes don’t match the stink of his body.

Anyway, the latest thing they sent out is called the Purex PowerShot detergent, and this one is actually pretty freaking cool, especially since I’m on the verge of making the kids wash their own clothes already. (revenge for them tossing piles of clean, still-folded clothes into the dirty laundry when they “clean” their rooms) What’s unique about the PowerShot is that it pre-measures detergent for you within a sealed cap. A visual: 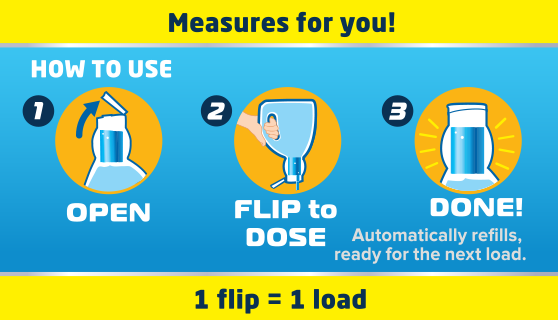 I’ve been using it for about two weeks now, and while at first I thought it was no big deal, the cleanliness of the bottle’s design is what I have found to be the most amazing part of it. I’ve been a loyal Tide user for years (in other words, I shop at Costco) and what’s always been gross is that after the first use, I can’t put the cap back on because I’ve just used it to measure detergent. It’s oozing with blue goo. As a result, I just use it, then put it on the table to the side and eventually a really sticky pool of semi-dried out detergent puddles around it.

I’m sure some of you are thinking, “Well, you’re supposed to rinse it out, silly.” But ugh, that stuff is so concentrated that a lot is usually left in the cap and it takes forever to rinse out. Plus, by not rinsing out the cap, I’m convinced I squeeze at least a few more loads out of the bottle.

I got the Mountain Breeze one, and it smells great, especially when you use bleach for towels. The two together make me stand there sniffing my towel for a few extra seconds after I get out of the shower.

Anyway, just like the picture says, you just pop the cap open, pour it out, cap it again, and it refills the measuring section in the bottle’s neck. When my kids start doing laundry, I’ll be able to tell them how to add detergent in three easy steps with no measuring involved. For smelly, gross loads like socks or sports clothes, you just dose twice. 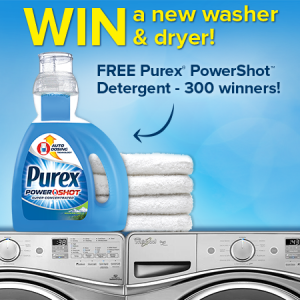 In anticipation of launching the PowerShot this month, Purex is holding a sweepstakes that you can enter.

Purex® PowerShot™ detergent will be in stores soon! Watch the video to see how it does the measuring for you!

I’ve got a couple of coupons to give away for the Purex PowerShot detergent. To enter, simply comment below and tell me why you think the PowerShot would be a great fit for your household.

Giveaway closes February 23, 2015. Winner will be drawn at random.