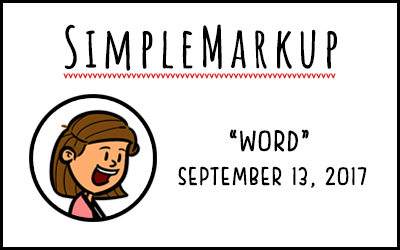 I’ve got something fun to announce today: the debut of my fiction editing webcomic, SimpleMarkup. I’ve loved comics since I was a kid, and that love has never really gone away, as people who know me can tell by the 100+ Archie double digests I have in my house. In middle school, I used to draw up little comic strips to put in my handwritten newspaper, of which I think there were only two issues and a single copy of each. Back then things were so low tech that my newspaper’s circulation involved just passing that paper I wrote on around to friends.

Then when I was working for Allakhazam, I worked on the comic Happy Friday for a bit, which was a lot of fun. I’ve been wanting to start a comic of my own for a while now, and I finally got off my butt and got it done. I found myself an illustrator on Fiverr, opting for easy stick figures and tons of repeated scenery so that I wasn’t overworking some poor digital artist, and got to work writing a bunch of scripts and coming up with a base template I’m happy with.

Without further ado, here’s the debut for SimpleMarkup! 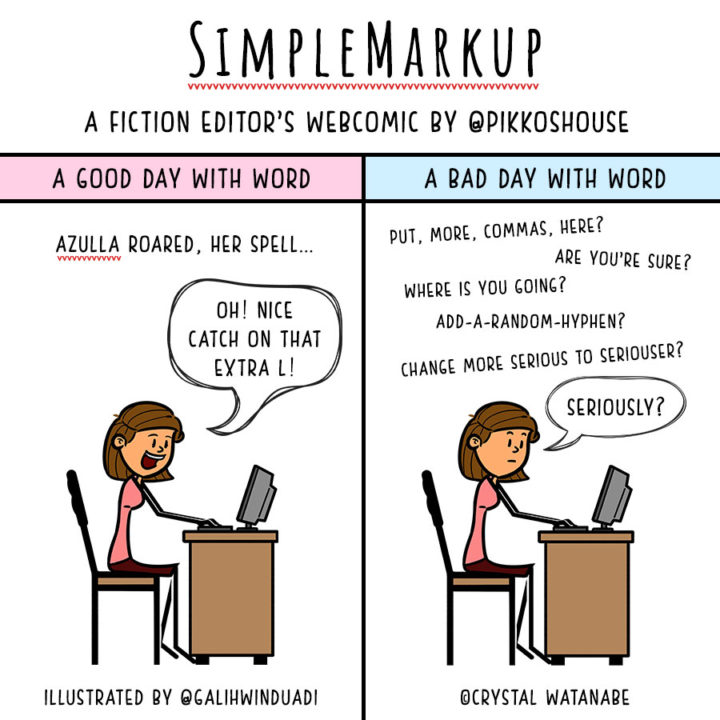 Being a font snob, choosing the fonts took the most time, but in the end I’m quite happy with how it turned out. I’m hoping this will bring some smiles and laughs to my fellow editors and freelancers. I’m hoping to make it biweekly (as in, every two weeks), so check back every other Hump Day.

If you’re wondering why there’s no space between the words in the comic’s name, it’s because of the red squigglies, which would not be triggered in Word with just “Simple Markup,” since there’s nothing wrong with that name. 🙂

Feel free to let me know what you think. Or if you have an idea to submit, I’m happy to hear it!