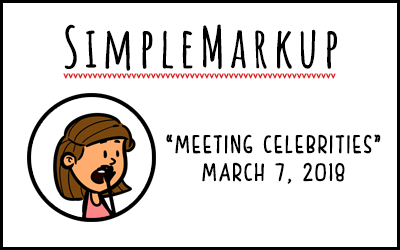 Last year, I sat my daughter down and had her watch The Wrath of Khan with me. Then we watched The Search for Spock, The Voyage Home, and The Undiscovered Country. Somewhere in the middle of Star Trek III, she became hooked, and by the time we were on VI (we skipped V), she was ready to demand the next movie, not really understanding the significance of those blue signatures during the credits, which I still remember watching while getting goosebumps in the theater.

She loved Kirk and Spock, and it was amazing to me that science fiction movies from the 80s and 90s could still pull a teenage girl into the Star Trek fandom in 2017. When I tried to get her to watch Generations, she was mega upset when Kirk died and took out all her anger on poor Captain Picard. I had to endure a lot of ranting before we got to the part where he reenters the picture.

Don’t even get me started on how hard it was getting her to watch the reboot. Constant complaining, comparing, and dissing of the reboot actors. But it was all worth it once I got to see the look on her face when Old Spock turned around in the cave.

Anyway, do you know where all this Star Trek talk is going? 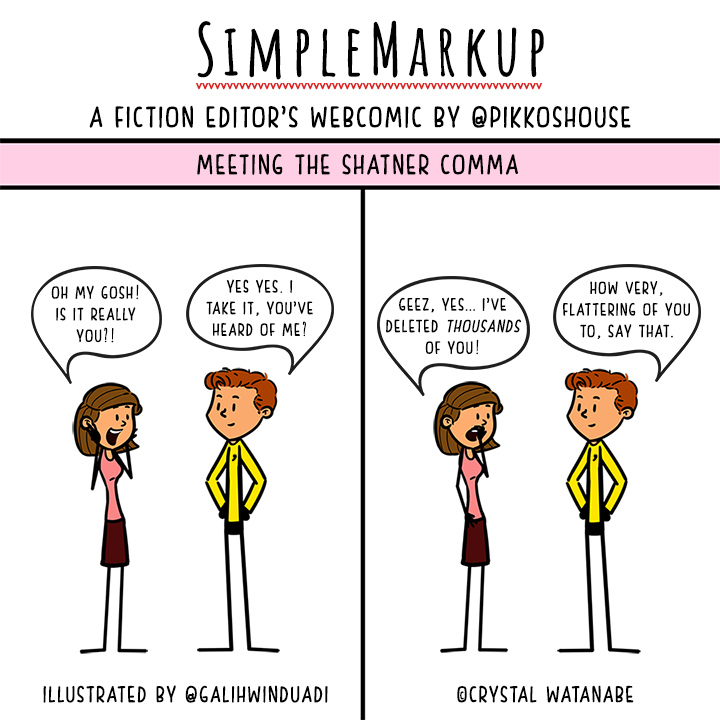 I’ve been wanting to do this one for a while now, and I’m happy Edie finally gets to meet a celebrity comma. Last year when I volunteered at the Amazing Hawaii Comic Con, I actually got to stand just a few feet away from William Shatner as I got an autograph from Brent Spiner. The Shat’s autograph was out of my budget, sadly.

To explain the comic, the Shatner comma is a comma that provides a bit of a pregnant pause for dramatic effect. It’s almost never a valid comma, and usually you just wonder why it’s there. Edibuddies, have you ever come across these? Authors, are you guilty of using them?