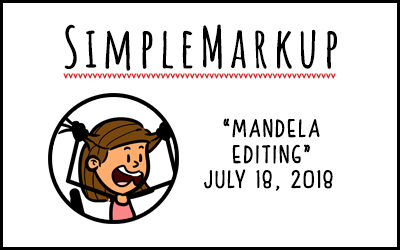 Have you ever been editing or writing when by some chance you go and check a word in the dictionary, a word that you’ve known how to spell your entire life, only to find out that the way you thought it’s spelled is not in fact how it’s spelled? 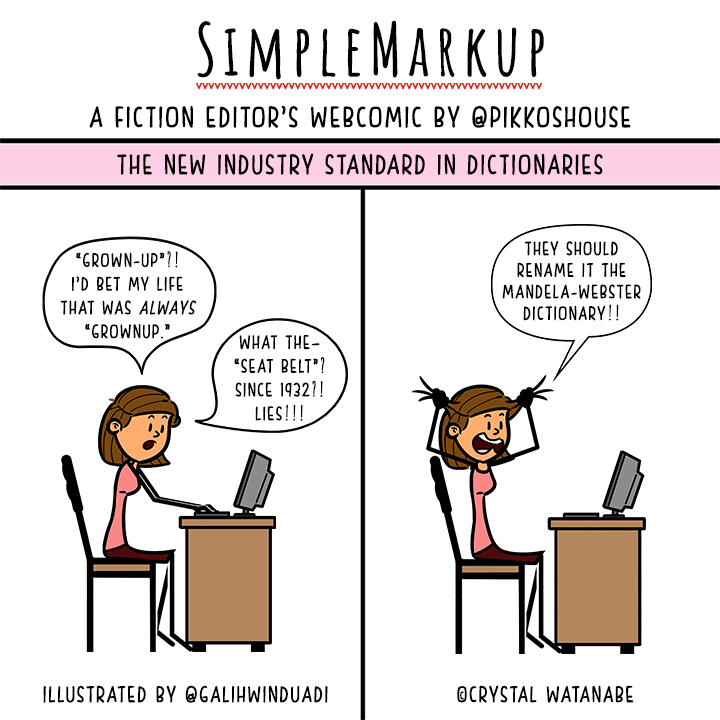 If so, you’re not alone. I suspect many, many editors experience the Mandela Effect when editing.

The idea for this came up last week, when someone on my team was complaining in our Slack channel about words that are spelled differently than how we remember them, and I made a crack about how I edit with the Mandela-Webster dictionary. Sarah, one of my proofreaders, then said I had to do this for the next comic. 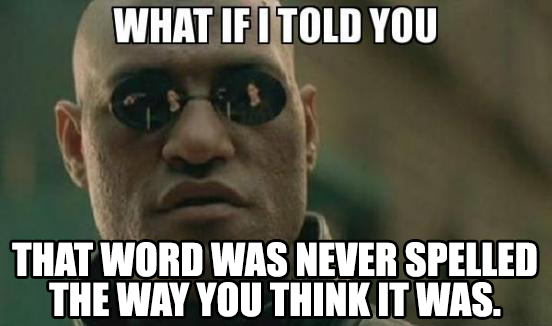 Not sure what I’m talking about? The Mandela Effect is a phenomenon that was invented after a woman named Fiona Broome discovered that a false memory of hers—that Nelson Mandela died in the 1980s—was one that many other people had as well (I count myself among them; I swear he died when I was in elementary school). In reality, Nelson Mandela died only five years ago, in 2013.

And then this morning, after I made the comic and before I wrote this blog post, I logged on to Facebook and had one of those little Facebook “You should probably be aware…” notifications that today is what would have been Nelson Mandela’s 100th birthday. I flipped out. IT’S WEIRD AF. But also cool.

Have you had this happen to you while editing?