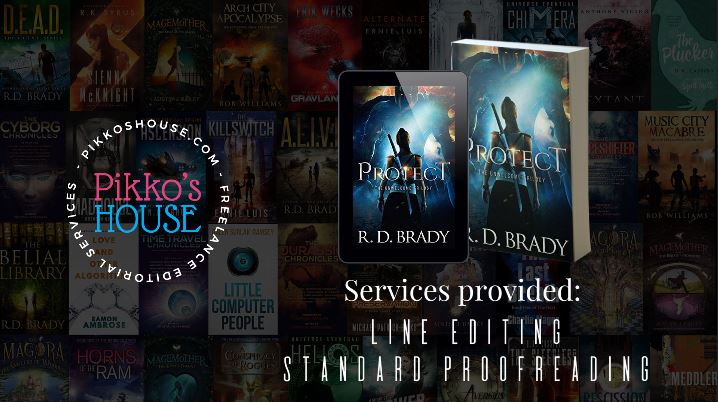 Last year, I did some explainer videos and started up a YouTube channel, then I just left it there to gather dust like a sad little social media outcast. Sunday night, I thought I’d give Premiere Pro another go. I’d tried it before but had no luck, but after trying unsuccessfully to make a video with Microsoft’s replacement of Windows Movie Maker, it was time to try again.

This time, thanks to YouTube tutorials, getting the hang of things was fairly simple, and a few hours later I’d designed something that I can use as a template to create future updated versions of this video.

Let me tell you: It’s hard coming up with video ideas for an editing business! 🙂 It’s easier to do Instagram stuff or share funny comics on Facebook. But when videos enter the picture, ugh. It’s rough, especially if you’re like me and detest vlogging.

Anyway, I’m rather happy with what I came up with. I hope to do this every month or so, and it adds a nice little thing I can put into the book box.

And now that I’m over the hurdle of learning the basics of Premiere Pro, I probably won’t be able to turn my brain off, which is both good and bad.

Let me know what you think, and don’t forget to subscribe to my channel.