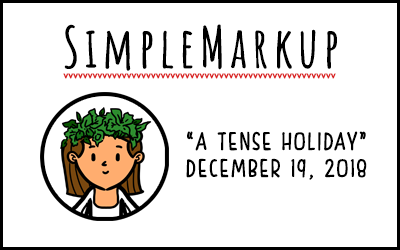 I’m officially on “staycation” since yesterday, which isn’t actually a staycation so much as a reboot-my-workload-cation. Last year, I booked my December as normal, and after postponements on the client end and holiday slog on my end, a lot of things went wrong to start off 2018, so earlier this year I blocked off the last two weeks of the year with an event called “NO MORE PROJECTS. YOU ARE ON VACATION.”

This was to do two things. One was to get me to not overbook during a time when I wouldn’t feel like doing much. Two was to help keep my schedule on point in the new year, because inevitably when you get postponements, you get more work piling up in future months that were pretty carefully mapped out, and then you find yourself constantly behind.

It seems to have worked for the most part. I have several projects I have to wrap up by the end of the year, but nothing new is coming in because nothing is scheduled until January. As expected, there were postponements, but it’s still worked out so that I can bake cookies without yanking out my hair and feeling bad for not working. At least for one day, anyway… 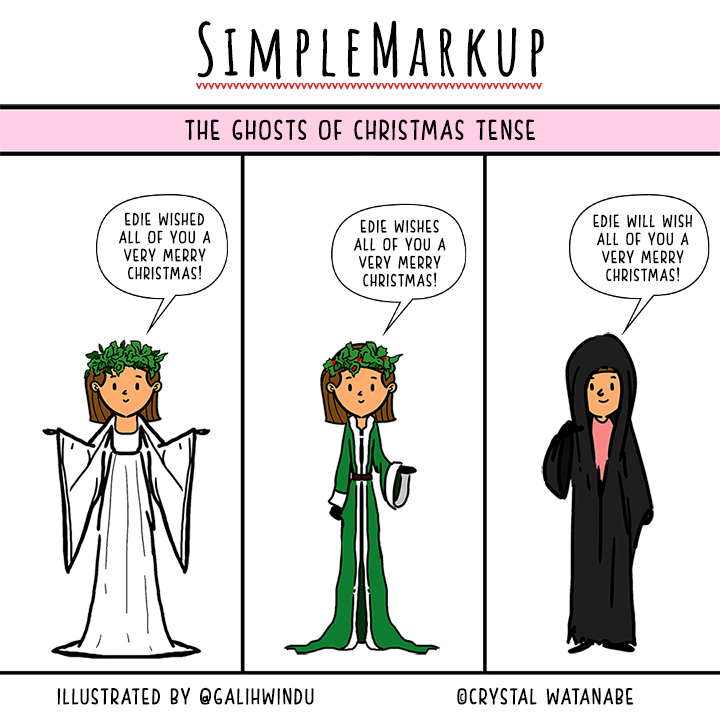 I honestly can’t believe Christmas is less than a week away. And I managed to get almost all the billion things I needed to do done yesterday. I’ve just got a few stragglers, then it’s wrapping time, and then chaos will reign because my kids are off school after Friday. Until then, I’ll be plugging away, finishing off my 2018 projects, splurging on peppermint mochas, and working on my new website, which will debut January 1!

Merry Christmas! Catch up on SimpleMarkup in the archive, and don’t forget to check out the SimpleMarkup store!