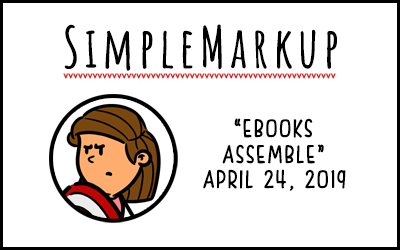 This week has been craaazy. Not only do I have tons of deadlines (wrapped up two edits this week already), but I have had to do it with some serious Avengers fever.

I’ve had to stay super disciplined, stay off most social media to avoid spoilers (this will be especially crucial tomorrow and Friday), and stay ahead of work so that I can account for the fact that I’ll probably be a massive ball of anxiety all day Friday, and then I’ll probably be in Avengers detox mode all night and Saturday. Mostly because I’m expecting to lose several Very Important Avengers, and I’m going to be a mess. I know it.

And then, as if that’s not bad enough, next comes the epic Battle of Winterfell on Sunday, in which I’m sure the evil people at HBO will kill off at least a dozen of the beloved people they showcased reunions for last week. What’s a poor fangirl editor to do with so much pop culture trauma coming up?!

I had a hard time choosing, but in the end, I had to pay tribute to Cap, because like 90% of the internets, I’m pretty sure he’s biting the dust at long last this Friday.

If you’re going, have a blast. If you’re going tomorrow, do not talk to me until I see it on Friday. I’m dead serious. Not even to tell me you loved it or cried or whatever. Don’t think I won’t snap you into next Tuesday if you do!