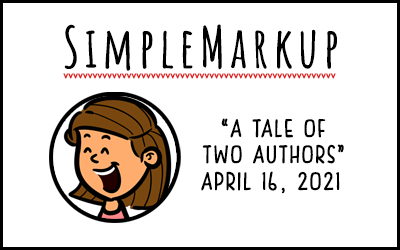 This week has been rather exhausting on several fronts, but the one that I think is wiping me out the most is my workouts. I’ve passed the halfway point in doing BeachBody’s 80 Day Obsession, and the increased weights have been pushing my body more than before. Still, I haven’t given up.

This week’s comic has been brewing in my head for a while, and I meant to post it on Wednesday, but work has been too hectic. I’m exaggerating, of course, and I’ve never written an editorial letter that could stack up like that, though I think my longest may have been around 35 pages. What’s your editorial letter “record”?

Have an awesome weekend!