Tonight is the series premiere of HBO’s new series Game of Thrones and to celebrate that, I’m baking their recipe for lemon cakes, which is a favorite of Sansa Stark of Winterfell. They were served as dessert when their food trucks made the rounds in New York and Los Angeles and HBO was very kind in giving the recipe. I bought a set of ramekins

just to make this recipe. Although I can’t imagine these being something that could be easily made while traveling on the Kingsroad, they do make for a really yummy lemon treat!

The first step is to lightly butter and sugar the ramekins. I used a paper towel to do this and then just dumped some sugar inside and shook it around. 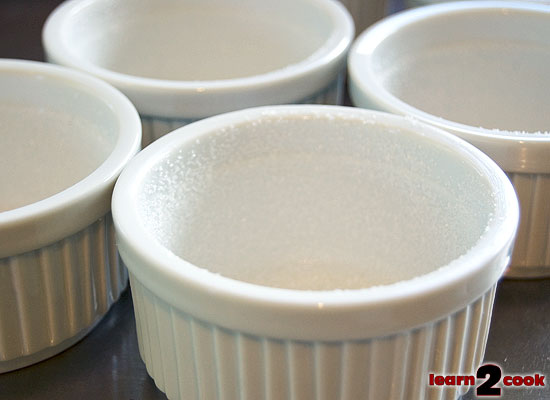 Next, I needed to separate two eggs. I used two eggs from our chickens outside. 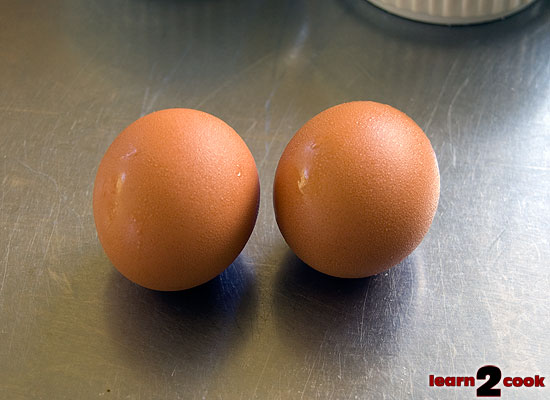 Next, I had to whip the egg whites to soft peaks. I’ve never done this in my life, so I’m afraid I beat them to stiff peaks. We’ll see what happens. 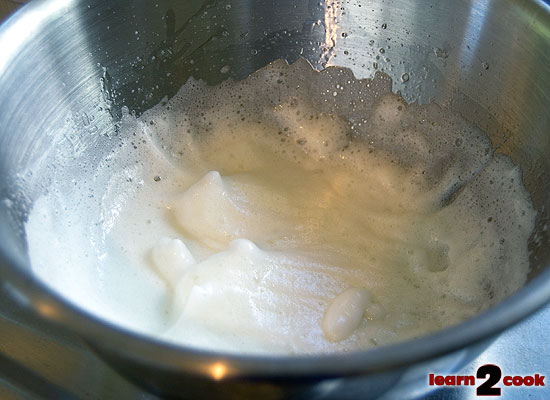 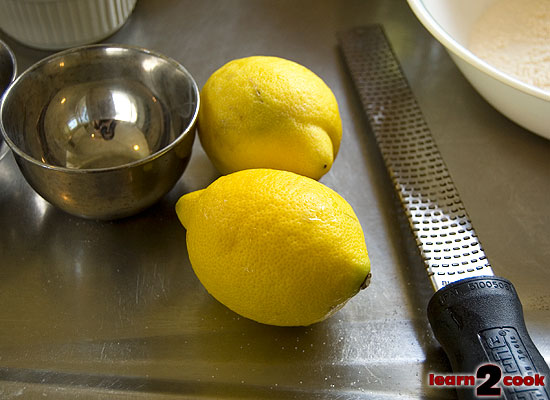 Next, I had to zest the lemons. I bought two medium ones and zested it with my Microplane Zester

. My aunty got me this two years ago for Secret Santa. Love it! After that, I had to juice the lemons. Roll them across a flat surface with your hand firmly pressing it down to help loosen the juice. I used a whole lot of dishes to measure the juice. I juiced through my sifter over my pyrex to keep the seeds out, then had to pour into a measuring spoon and into a small bowl. 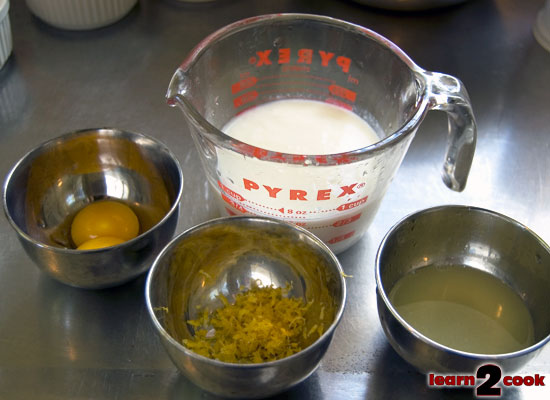 Egg yolks, buttermilk, lemon juice, and lemon zest. I put them in a bowl to whisk with my hand mixer. Bad mistake, the bowl was too small and some mixture spilled out. Oops! I suspect I was supposed to just use the attachment and whisk by hand. That’s what I did after that.

After that was combined, I folded in the egg whites, then moved it all back to my mixing bowl and stirred some more. Next, I got a ladle and divided it evenly between the ramekins. 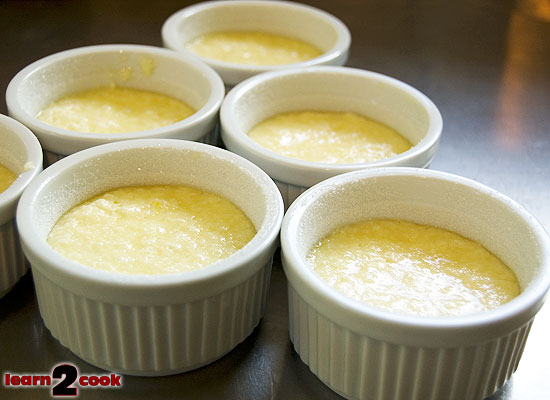 I thought the cakes would rise, so I kept it safely under the marked line. Next, they had to go into a pan with water. 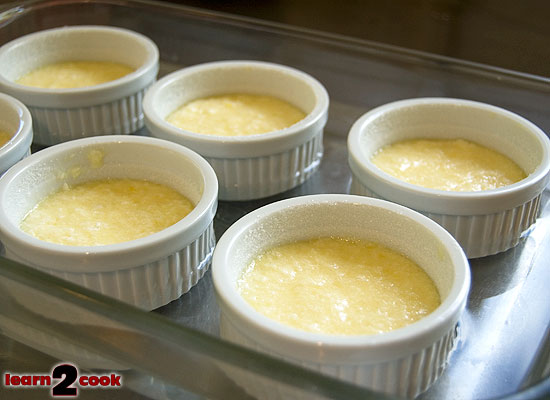 I filled it up with water til it was about halfway up. Then I covered it with foil and baked for 25 minutes at 300 degrees. 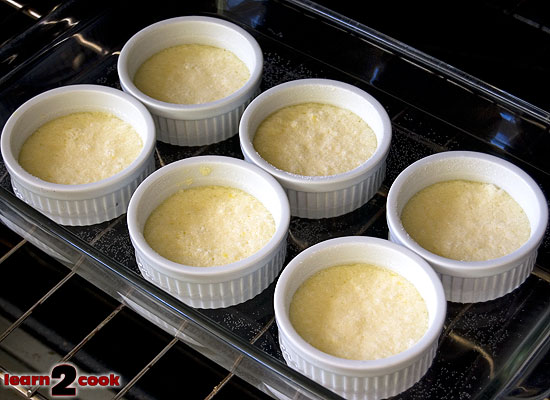 Here they are uncovered after 25 minutes. Now I had to bake them for an additional 15 and keep going until the cakes sprung back when touched. 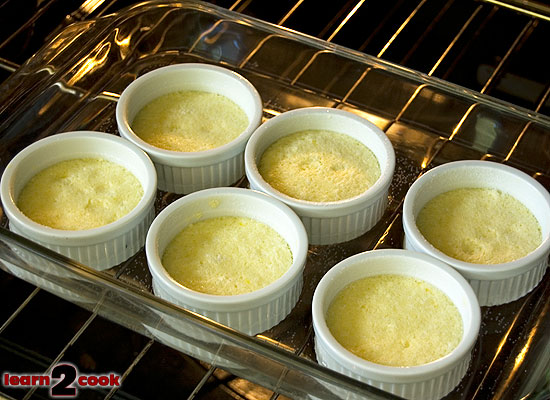 Here they are after another 20 minutes. They were still soft after 15, so I did another five. You can see my fingerprints on the ones on the side. I took the middle ones out first, then moved the others to the middle and then baked them for another two sets of five minutes before they finally felt done. 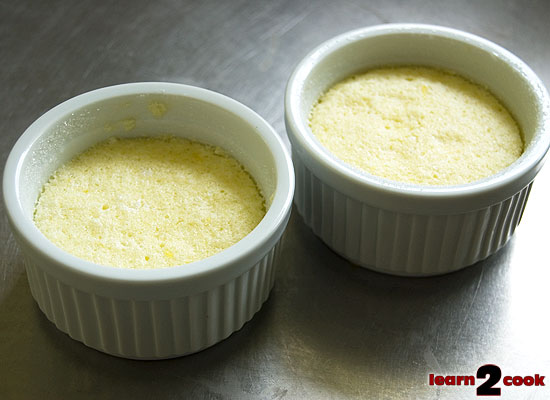 These are the first two that came out. I had no idea how to remove them, so I just put it upside down on a plate. It didn’t come out!

Next, I got a toothpick and tried loosening the sides. That didn’t seem to work either and it was really messing up the cake. Finally, I dug around enough to get it out. It didn’t look so hot, so me and Baby Girl ate it. We loved it!! We’re big lemon fans. We took it to Mr. Pikko, who is not as big a lemon fan and he said it was “punch you in the face lemony”. 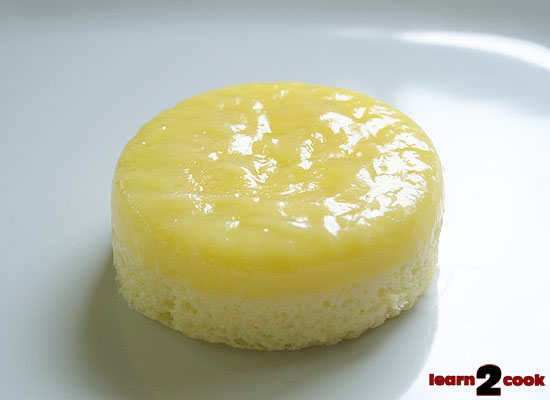 The second one was left to cool longer and it actually came out pretty flawlessly. I was very pleased with myself. It seems that the trick is to let them cool and then the cakes will shrink slightly. This makes them come away from the edge of the ramekin and then turning them upside down does the trick quite easily. 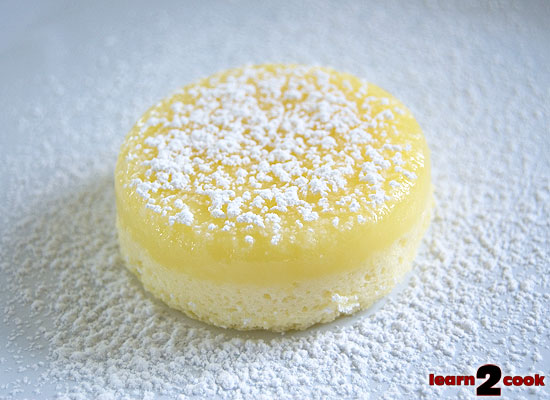 Here it is all dolled up in powdered sugar. I’ve eaten two already. If I wasn’t out of lemons, I’d make some more, because these definitely aren’t lasting until tonight!