It feels like lately all I’ve been doing is “Making” posts, but ultimately, I think you guys enjoy them and opportunities keep coming up for me to do a huge project and then post about it so I just have to go with the flow of my projects.

I have quite a few reviews pending and more recipe posts, but once I finish a massive cake project, I have motivation to get the photos out there so that I can share my latest work. The latest is Sandman!

This cake was done for my dear hubby’s birthday. It’s not the first cake I’ve made for him, but it’s definitely the first elaborate cake I’ve made and I took 5 days to make it this time. When we’d first met in college, he loaned me his beloved graphic novels called The Sandman

. I loved it and that was one of the starts of our relationship.

Years ago, I came across an incredibly adorable piece of artwork by Jill Thompson called ‘The Little Endless’. She has written two children’s books about the Little Endless so far and most recently, she published Delirium’s Party: A Little Endless Storybook

. I bought this for Mr. Pikko to go along with the cake. 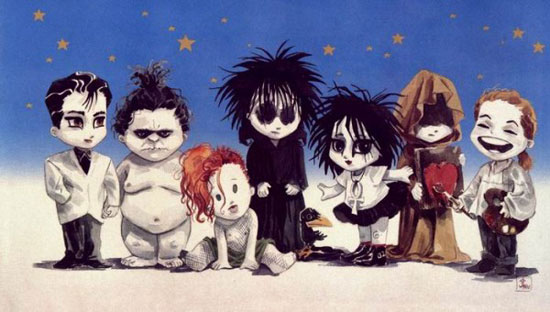 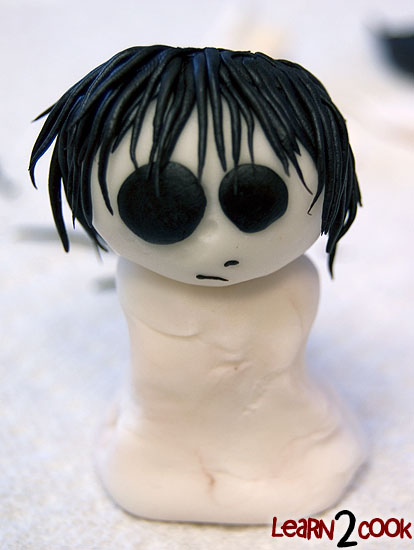 I started off making Dream, as he looked the most difficult with his wild black hair. I rolled thin spiky rolls of black fondant and cut off tips with a toothpick. I rounded out a head for him and rubbed some black around his head for hair background, then began to attach each individual ‘hair’ to the black part. As you can imagine, this took a really long time. His eyes, nose, and mouth were very simple to roll and add. 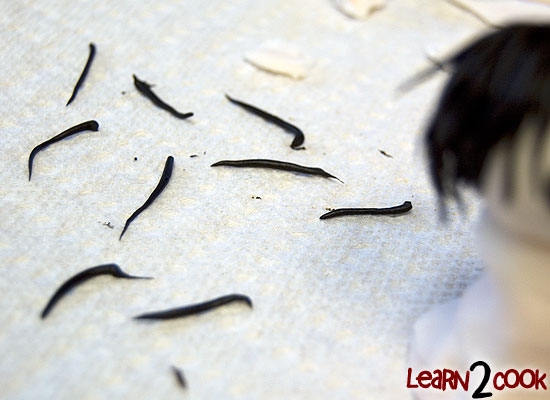 Here you can see the hairs I rolled out in bunches before attaching. I probably had to make over a hundred hairs for him. Some I let dry a bit so that they would spike upwards. 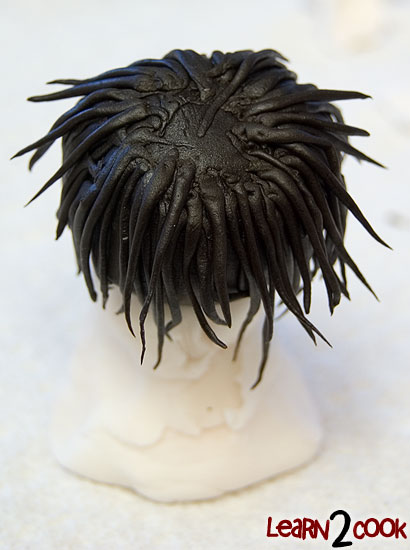 Here’s a view of the back of his head. I started middle way up his hairline and worked my way up to the center of his head until I’d filled up all the space. It looked pretty good, though the frosting began to droop and his hair wasn’t as spiky and wild as I wanted it to be. I used black buttercream fondant (Fondarific) mixed with some gum paste to harden it up because buttercream fondant is way too gooey and soft. 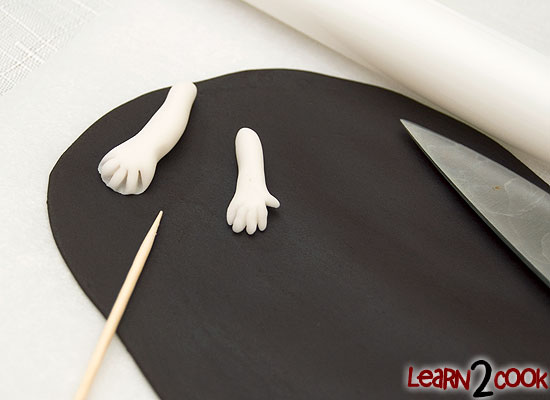 The hands were pretty tricky. I had to make an arm, then gently flatten the tip to make way for fingers. I then used a toothpick and squished four grooves down to make the fingers. After that, I pressed the toothpick between the fingers to get rid of that flat piece of fondant. Then I took my fingers and gently formed them into little fingers, pressing the four fingers together and bringing the thumb out. 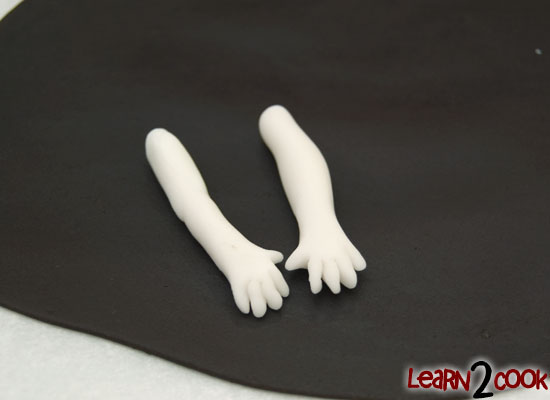 Here are two finished hands! These are Dream’s. 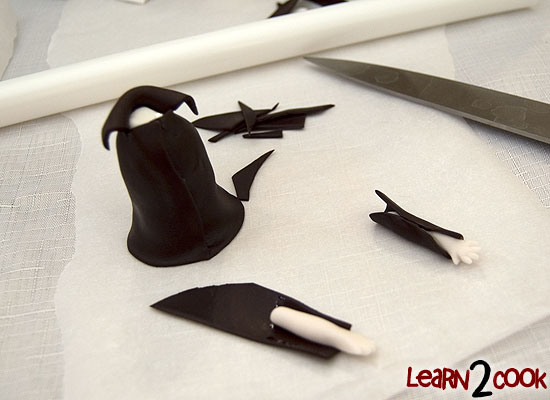 The piece of fondant I had Dream’s head stuck to was just a prop while I did his hair. I made a separate body with his clothes and used extra pieces to cover his arms. I underestimated how much I should have used for his body and arms and he turned out looking kinda fat. = 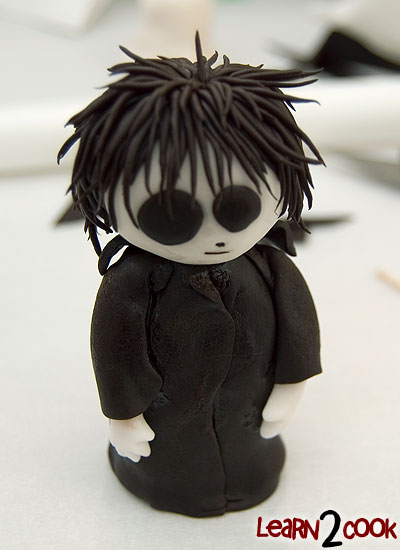 Oh well, haha! I tried making him taller, but it didn’t help much. All of the figures have toothpicks inside to help them stand up. 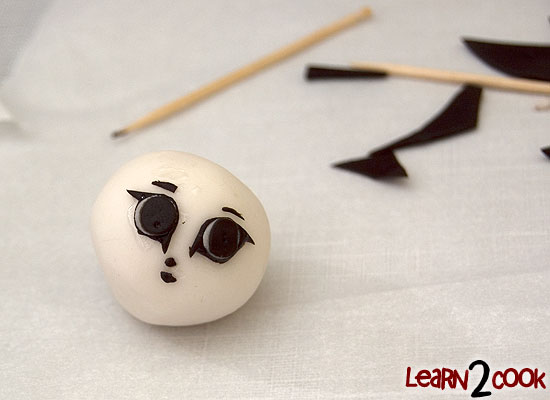 Next, i started on Death. Her eyes were pretty hard to cut out and layer, but I did it eventually. I did her hair the same way as Dream’s. 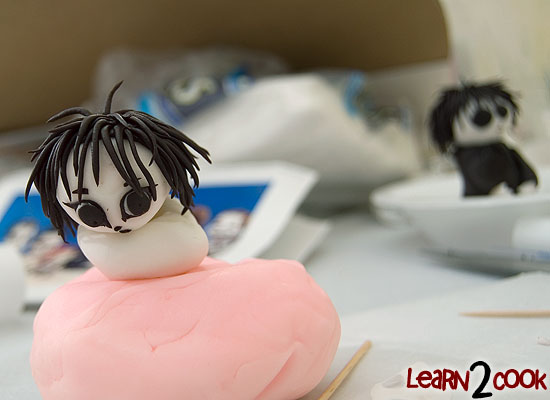 Here she is propped up while I work on her. Dream is drying in the background. 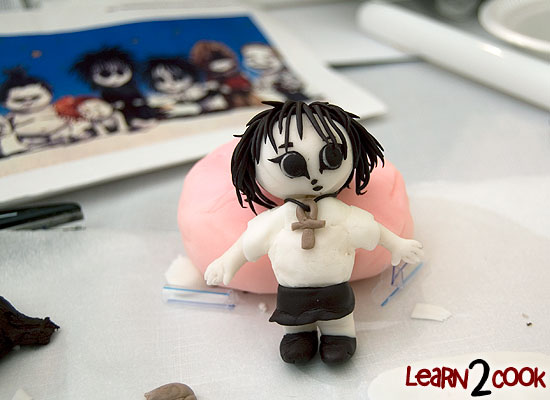 Here’s she is all done, complete with t-shirt, black mini skirt, and black shoes. I made her ankh out of greyish fondant so that it would stand out against her shirt. 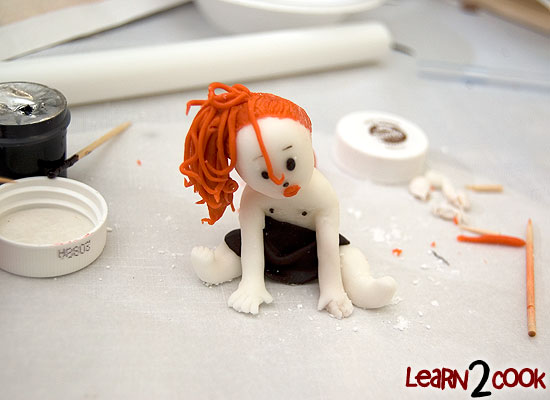 Come Tuesday, I was pretty zonked out and so I forgot to take pictures of making Delirium. Bascially, her hair was done the same way, except for the part on her head. Her hair was colored with orange and red. For that party I simply made grooves with a toothpick to make it look like hair. I had no idea how to make her netting clothing, so I just left her this way, with a little black cloth covering her. 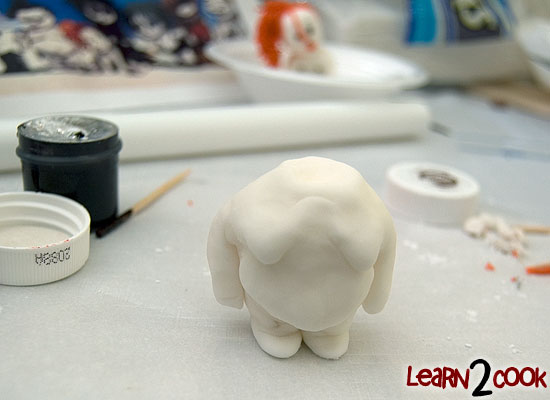 Here is Despair’s body with saggy boobs and big tummy. I poked holes with toothpicks and inserted little balls of black fondant for her belly button and nipples. 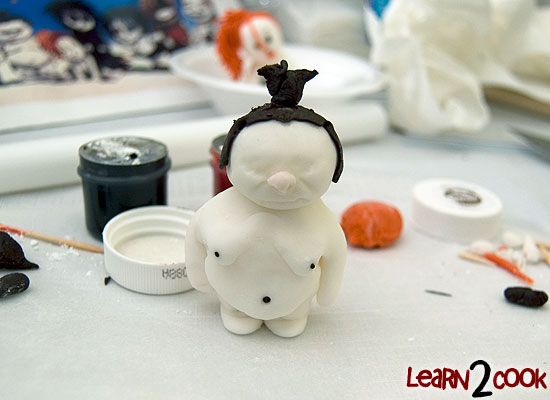 Next, the hair went on and this was blissfully easy. I added the nose, which I now notice is kinda pink. I think I had some red food coloring stuck on my fingers when I formed it. 🙁 I used a toothpick to make the lines for the eyes, dimples, and mouth. 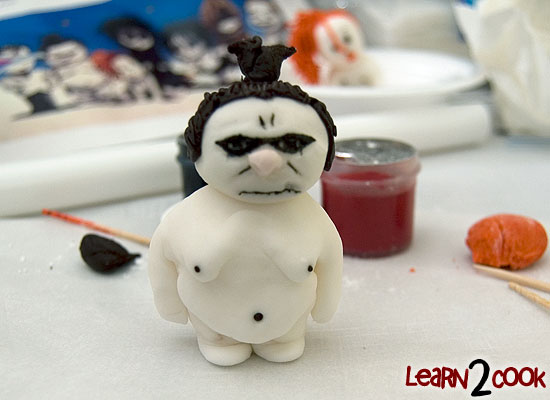 I painted the eyes on, then dabbed in food coloring in the mouth, dimple, and forehead lines. After that, to make the lines thin, I had to take a toothpick and pinch the fondant groove together to make it a thin black line. 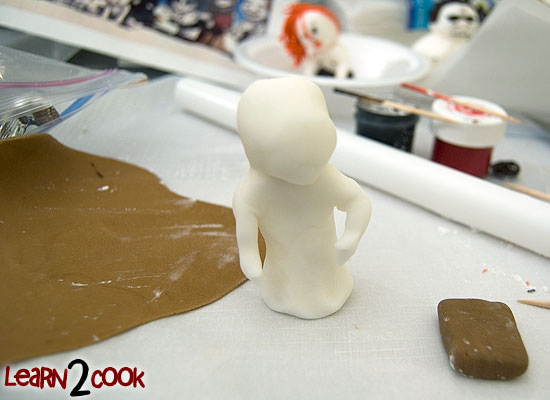 Here’s Destiny’s body before I added his cloak. I had to add his head on before, since his whole body is cloaked. On the right is his book. 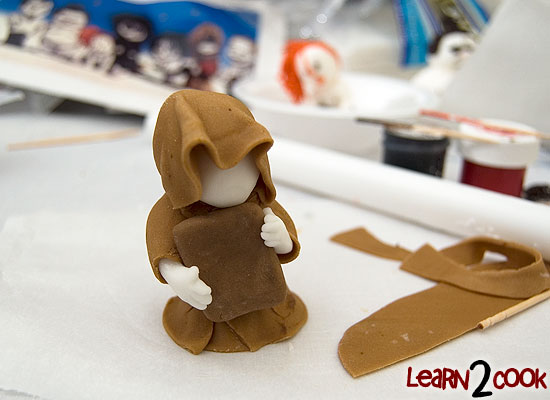 Here he is holding his book and cloaked. I stuck the book on with piping gel. Next, I added on his mouth and nose. 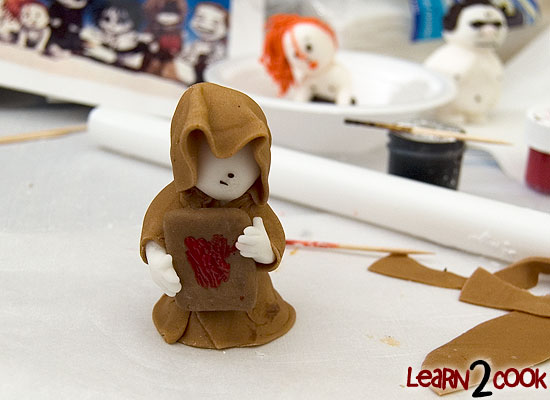 As a final touch, I painted red paint onto his book, which is what Destruction is doing in the photo. 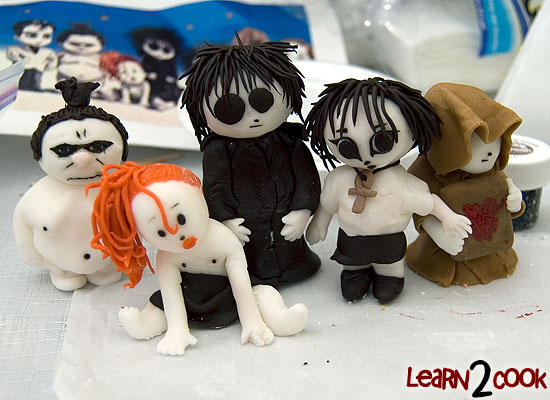 These were the five I finished by Wednesday night. I made the ice cream and lined my jelly roll pan with plastic wrap, then spread the ice cream out flat and froze the whole tray. 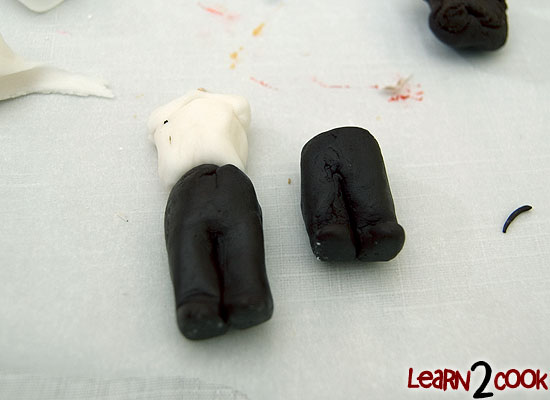 Here’s Desire’s pants and body as well as Destruction’s pants. I let them dry overnight since the black was still sagging a bit. 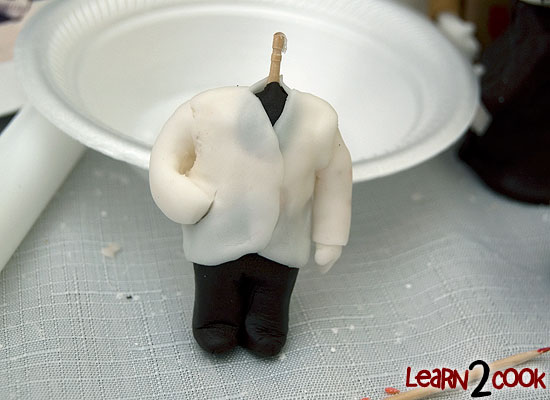 I added Desire’s suit and arms, then left the whole thing to dry overnight.

On Thursday, I baked a white cake and let it cool. Afterward, I cut the top off and then cut it in half lengthwise for a long rectangle. I took the tray of frozen ice cream out and put a layer of cake on top and cut it out with a knife. 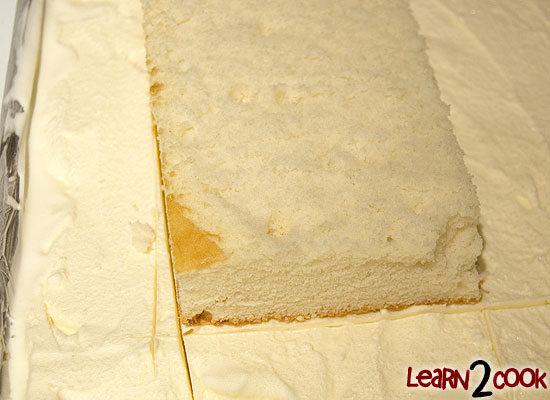 After this, I lifted the plastic and removed the outside parts of ice cream and then layered the cake on top of a cutting board. 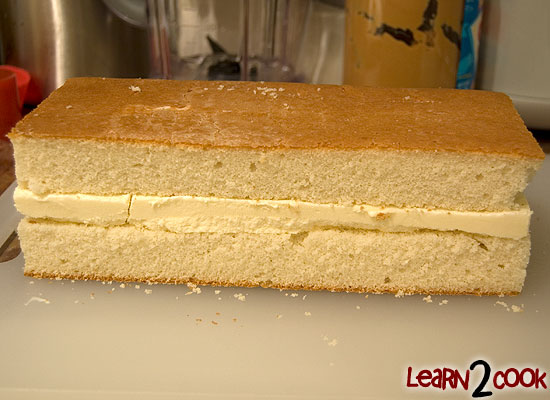 After this, I transferred it to a cut cake board I’d prepared and then froze the whole thing. I then made frosting and tried to make it blue, but once I added the blue mixture to the butter, it turned out a disgusting pale blue color. I had to find time to go buy Blue Color Mist

the next day to cover up my disgusting frosting.

This turned out to be a horrifying experience. I’d had the morning off to attend Buddy’s preschool graduation, but then decided to stay home and help watch all four kids running around the house. I took Baby Girl with me to Ben Franklin and they had every single color of mist EXCEPT blue. Why does crap like this always have to happen to me, seriously?

We went to Foodland, no mist. Safeway, no mist. I knew Compleat Kitchen at Kahala Mall had mist, so we went out there and finally found it. It only took FOUR FREAKING STORES. 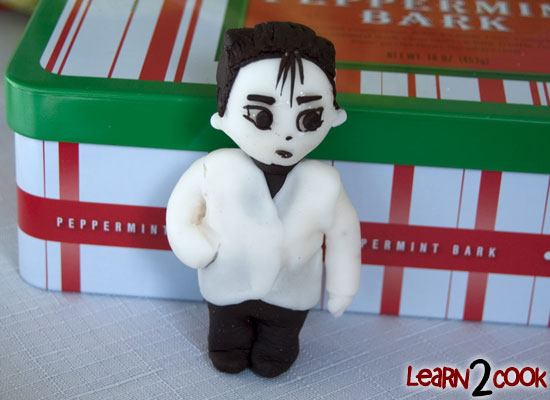 Friday afternoon, I completed Desire’s head and attached it on. It was pretty easy, though he/she was fatter than I’d wanted too. 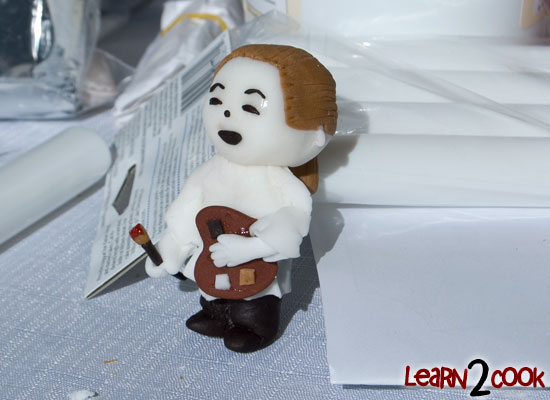 Here’s Destruction. By now you can tell I was really sick of taking pictures. His easel was fun to make and so was his paintbrush. I put a black strip around his hair to make his ponytail. I had a really difficult time with his face and it really didn’t come out how I’d hoped. Still, I thought he looked happy and that was the main thing to get across.

The family had gone to the park, so I took this chance to place the figures on top of my newly sprayed cake and add the gold stars I’d been working on that afternoon. They were cut out and painted with edible gold glaze leftover from my Mockingjay cake. 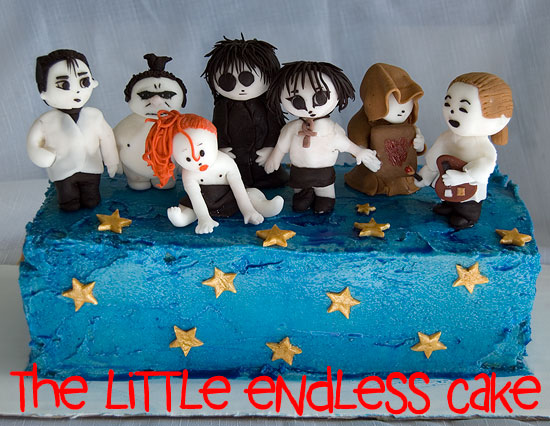 I snapped a few pictures just as they were all coming home and dashed downstairs to place it in the downstairs freezer. 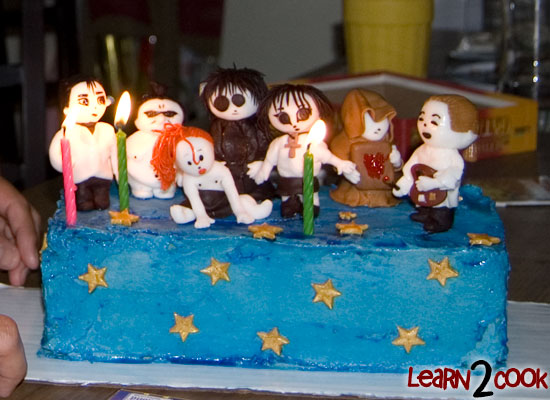 Here is the cake just before singing! Needless to say, he loved the cake and our Sandman loving friends were all impressed. The kids immediately asked to eat the figures and were devastated when Daddy said that it probably wasn’t a good idea to be eating the Endless.

He did eventually give in though, and Baby Girl chose to eat Death. She ate her whole body and half her head before coming to me with a zombie look on her face saying, “Mooooommmmyy, I’m sugared out…………” She then almost fell asleep in the bathtub and passed out in minutes. That’s what you get for eating Death!