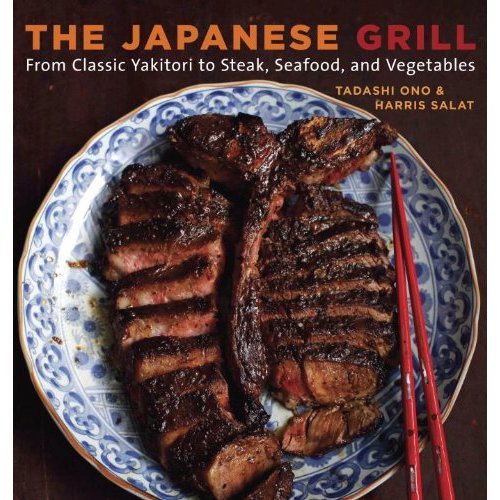 This is Part 3 of my review series on The Japanese Grill: From Classic Yakitori to Steak, Seafood, and Vegetables

, which continues my cooking trials with the recipes in the book. Unfortunately, this will be my last attempt at cooking from this book.

In Part 1, I reviewed the general details of the book. For Part 2, tried out two more recipes and invited some guests over for dinner. I chose to try the Salmon with Shiso Pesto and the Foil-Baked Green Beans with Soy Sauce and Garlic.

The salmon dish sounded amazing and since the text in the book says that its a crowd pleaser at Tadashi Ono’s restaurant in New  York City, I figured it had to be a winner. My shiso plant is insanely big now, so I was able to get the 20 leaves needed with no problem. The other ingredients are simple enough, with salt, olive oil, and soy sauce being all it took to get that going. 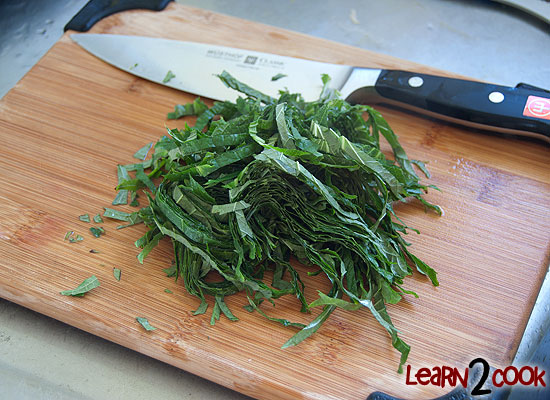 I sliced up the shiso, then blended it together with the other ingredients. I marinated the salmon in the shiso pesto and then got to the cooking. 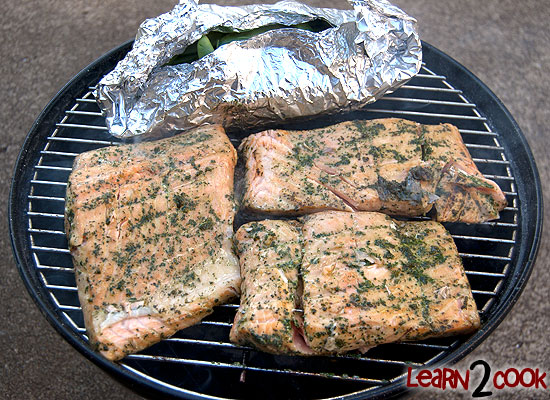 I managed to get all of the salmon onto one small grill and even fit the foil packet of beans on the side. The beans finished after the fish because it was on the side.

We gathered around the table and began eating and I’m sorry to say that everyone started reaching for the shoyu bottle to pour on top of the salmon. It had very little taste and if you’re going to be putting shoyu on your salmon (which I love to do), then I don’t really see much difference than if you had just salt and peppered the fish and grilled it. I couldn’t taste the pesto very prominently and even then, it didn’t do anything for the fish. I know it wasn’t the fish’s fault because I made sure to buy wild salmon for this. 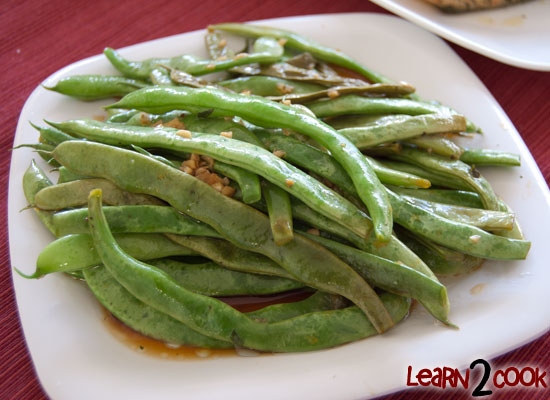 The beans were just as meh. I didn’t want to overcook them like in the book’s photo so they were still crunchy, but even when dipped in the sauce, it didn’t really have much taste. I had to add salt to mine to finish what I took.

I’m overall quite unsatisfied with the book and will probably either give it away or donate it to the library. It just didn’t deliver in the recipes I tried and I don’t really feel motivated to waste any more expensive meat on stuff that just struggles to make your taste buds pop.

I could have made some fantastic ribeye steaks just by using a pre-mixed rub found at any store or simply grilled my salmon with salt and pepper without needing to do additional prep and wash my blender. The yakitori chicken would have tasted just as good or better if I’d just soaked the chicken in Mr. Yoshida’s sauce before grilling. Let’s not forget the ridiculous quest around the island to find Red Yuzu Kosho with no success. Some lady on Amazon says she’s never even seen it in Japan unless you live in Kyushu! How’s that for hard to find?

Save yourself some money and skip this one. I looked up some other Asian grilling books and will see if I can try out The Asian Barbecue Book: From Teriyaki to Tandoori

. It at least has good reviews, while the other reviews on Amazon for this book for the most part back me up, with a couple of them saying they had the same problems as me in finding ingredients and claiming they returned it.

Disclosure: This book was sent to be for review by Ten Speed Press. I was not paid to write this review.