When we first moved into the house, me and Mr. Pikko took turns buying trees we wanted or thought were cool. In the end we had a lime, a Meyer lemon, a mountain apple (from my dad), an orange, a jaboticaba, a pomegranate, bananas, and a peanut butter fruit tree.

The reason he bought the peanut butter tree was because Baby Girl can’t eat any nuts due to her being allergic to cashews. She used to love peanut butter toast in the morning so he thought it would be nice for her to at least have something that tastes like peanut butter. 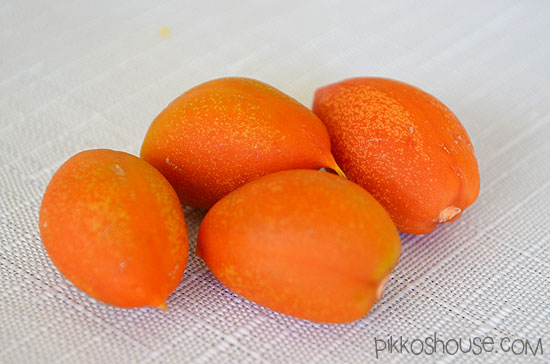 It took two freaking years for the tree to get big enough to bear fruit, so he picked some and at last we got to taste what we’d only been thinking about. They’re pretty small but it’s hard to tell from that photo, so here’s another for scale. 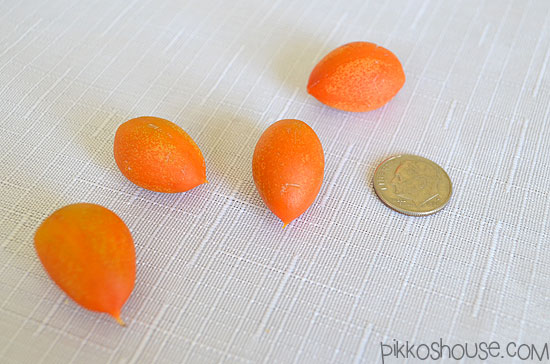 He read you’re supposed to pick them as soon as they turn orange and since I just happened to notice them by chance, we’re not sure how long they were on the tree. We tried them and weren’t too impressed. The flesh was so hard it was almost nutty in not only flavor, but texture too. There wasn’t much to eat for each fruit either. 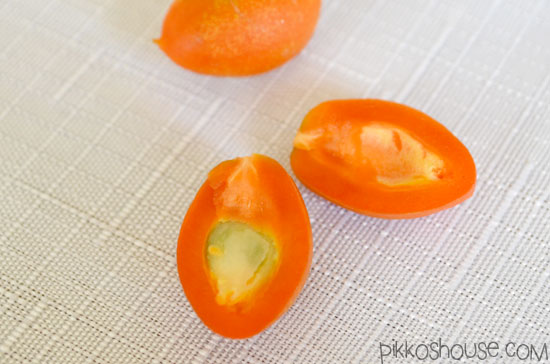 The photo’s a bit blurry but you can see what it looks like. Kind of like a teeny tiny papaya with a single seed. Maybe when they’re first ripe they’re softer. I read on Wikipedia that people make jams out of this stuff, but I’m not sure I understand how.

The only thing I do know is that they really do taste like peanut butter! That part at least didn’t disappoint. Still, it’s disappointing in general having had to wait 2 years for it to fruit and then to have it just be a mediocre thing. Sort of like how my pomegranate tree continues to suck, with the fruit rotting before they ripen.

I think in this case, we should have tried a fruit somehow before we bought the tree…