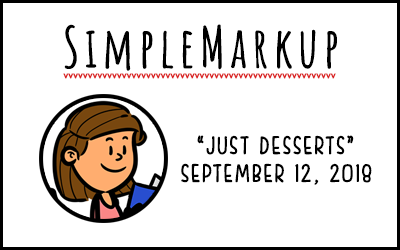 Last week I celebrated completing a whopping fifty-two comics, an entire YEAR of SimpleMarkup. Today, I start a whole new year, and tomorrow I’ll be launching my giveaway for Edie’s birthday, which is officially September 13. I’ve got mugs, stickers, a T-shirt, and a tote bag to give away, so be sure to come back tomorrow.

This week, I’m revisiting a comic I did quite a few weeks back called “The Hangry Editor.” This was a very popular comic, so hopefully you guys enjoy this one as well.

In that comic, Edie and her pal were at a restaurant weeks ago when she spotted three typos in the appetizer section and then came across the “entrays” section before insisting they leave. Now they’re back, and the menu is fixed! Sort of… 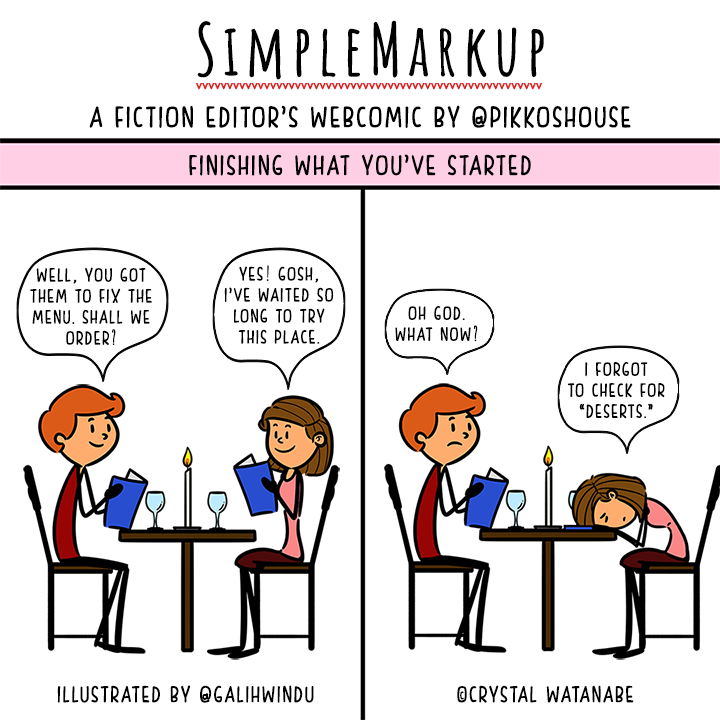 Poor Edie. The job of the Hangry Editor is never done.

Hope you all are having a fantastic week!