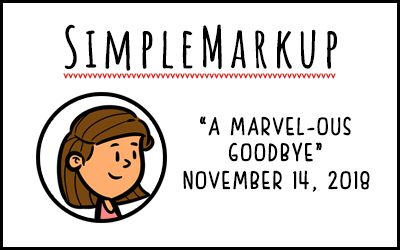 Ugh, what? Thanksgiving is next week? Last year I was almost done Christmas shopping by Halloween. This year I’m like, “Wait, it’s not October?” halfway through the month.

Last week I was busy with behind-the-scenes business stuff because I had my photo shoot for headshots for my website relaunch. It was fun, but all the prep work (hair coloring, manicure, makeup) was so time-consuming, and I constantly found myself looking at the time and watching my workday float away. That said, it was worth it, and I can’t wait to use my photos going forward.

For this week’s comic, I’m doing a tribute to the late Stan Lee, who passed away on Monday. 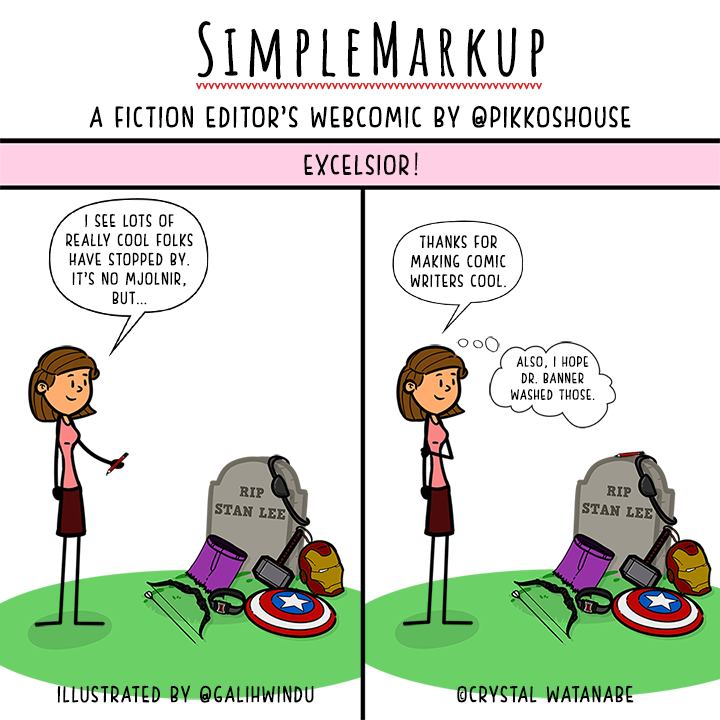 I was a late-to-the-party fan of Stan Lee’s, only really finding out who he was when he started doing the MCU cameos. Stan Lee was more my dad’s childhood comic-writer hero—mine was Carl Barks—but I’d certainly heard of the man before. Today, as a serious Marvel fangirl, I know well how much family enjoyment I owe to him and the creative teams under him. What the Star Wars movies were for me are what the Marvel movies are to my kids, which is pretty amazing.

While working on this comic last night, I remembered a batch of old comics that my dad gave me years ago. Since my dad kept all his really old Marvel and DC comics, I wondered what that little stack held, so I went to grab it. 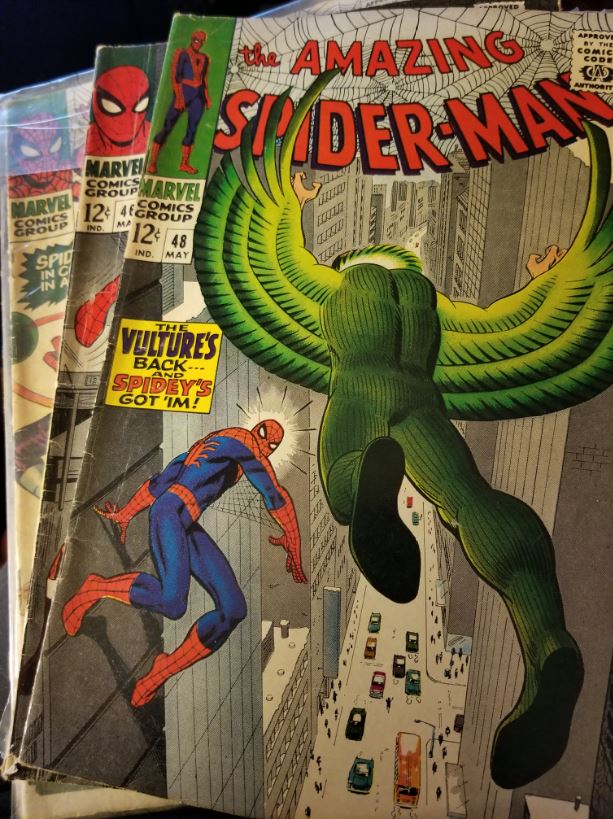 The whole stack turned out to be Marvel, and although there were some newer ones, I snapped a photo of this one because it’s issue #48, which was an issue that Stan Lee was EIC for, and it had a really cool cover. And before any comic book enthusiasts flip out on me, some were in sleeves and others weren’t, and I put them away after snapping this pic because my husband was about to flip out on me just for holding them. Clearly I need to buy more sleeves and try to find out how to safely air them out, because whew, do they still smell like my dad’s musty old office.

Now that I’m done revealing that I’m a comic book reader, not collector, let me just say that I can’t even imagine the amount of work that went into an issue of comics. When I was a teenager, I was really into Archie Comics, and I usually skipped the individual issues because I thought they were too short, instead opting for the double digests (still buy those, heh). But now that I’ve been doing a little patootie two-panel comic for over a year—something I spend at least two to three hours on a week—I realize I had (and still have) no idea how much work had to go into those “too short” issues.

There are many famous comic writers out there, but with the pop-culture explosion of Marvel in the last decade coupled with Mr. Lee’s hilarious cameos, in my little world, he’s the most famous comic writer. And so although I didn’t grow up knowing his name, I appreciate now how much he did for comics, for entertainment, and for creators around the world. Edie and I leave a comic-writer’s pencil in remembrance of him. I can’t wait to watch him close out his cameos in Infinity War 2 next May.

Excelsior, Mr. Lee! Thank you for everything. Wishing you safe travels through the universe.

P. S. Huge thanks to my illustrator, Galihwindu, for doing this at the last minute and Hulk-smashing it out of the park!