Note: This post was originally on L2Cook.com, a domain I no longer use.

I grew up on the Big Island of Hawaii and in Hawaii there’s this restaurant called Zippy’s that makes the most fantastic tasting chili. The problem there was that Zippy’s is only on Oahu and Maui.

Occasionally we’d be sold a frozen tub of their benefit chili, but I probably only got to eat it like three times while growing up and I still remembered that amazingly tasty pop with the first spoonful.

Now that I’ve been living on Oahu for a good 14 years (wait, what the hell, am I really that old!?!), I’ve become spoiled by the fact that I can drive 5 minutes and have a nice, hot small chili rice with brown rice. One of my kids is going to be having a Zippy’s chili fundraiser soon and I’ll probably end up just buying the tickets for myself. It’s a wildly popular chili throughout Hawaii.

That being said, it’s natural for people to want the recipe. A small chili rice, while costing less than four dollars, is still about the price of nearly a pound of hamburger. Plus, the larger tubs of chili seem to be getting smaller and smaller. A quick Google search found this recipe. Click around some more and you’ll find that same recipe on several sites. While it didn’t have the long-suspected secret ingredient (mayo) on the list, it sounded close just by the ingredients list. 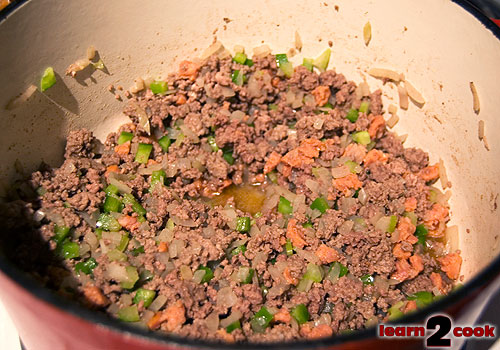 I’ve seen variations online that say to use bacon instead of Portuguese sausage. I don’t think I’ve ever eaten a piece of bacon in Zippy’s chili, so that already sounds wrong. At least Portuguese sausage blends in so that I probably wouldn’t be able to tell. I bought a small sausage and peeled the skin off and mashed the meat up with my hands. This was moderately difficult because the sausage wasn’t that thick. 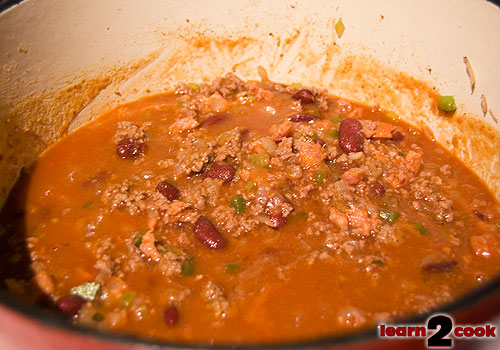 This is the chili right after I added all the ingredients. At this point it tasted absolutely nothing like Zippy’s. It barely tasted like chili, so I added another dose of the listed chili powder and cumin. I caved in and plopped in a dollop of mayo.

An hour later, it tasted much better. Still not the Zippy’s zing of flavor, but still a damn good chili recipe. I put it in the fridge and let it sit for a couple days and then served it at Buddy’s birthday party. All but one bowl’s worth was gone by the end of dinner. And I served ribs! 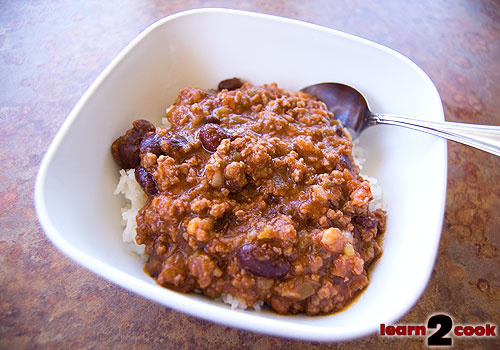 So the final verdict: definitely not Zippy’s chili, but still so tasty that I will now be using this recipe (with my alterations) in my dinner rotation. I simply loved it.

Not Quite Zippy’s Chili Recipe

The original posted recipe lists Cream of Mushroom as a variation, but I haven’t tried that yet.