The Easter cupcakes are done and I’m very happy to report that they came out just as planned! I was so scared that I was going to have spent hours on the figures only to mess them up when it came to frosting. Aside from the figures I made, I had a nest of eggs to do.

and a Coupling Set

, then used Ziploc bags for piping. First, I had to do all the grass, putting the bag in the freezer every now and then to firm it back up. It took a bit of practice, but wasn’t that hard! 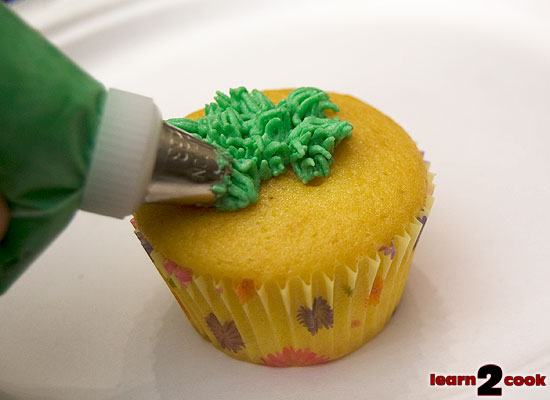 I’m pretty happy I didn’t spend 7 bucks on pastry bags. Ziplocs worked fine with the coupler. (the plastic thing securing the bag to the tip) Now I just had to add the figures, which I did by inserting a toothpick and then poking that into the cupcake.

Anyway, here’s the sheep, munching on her frosting grass. 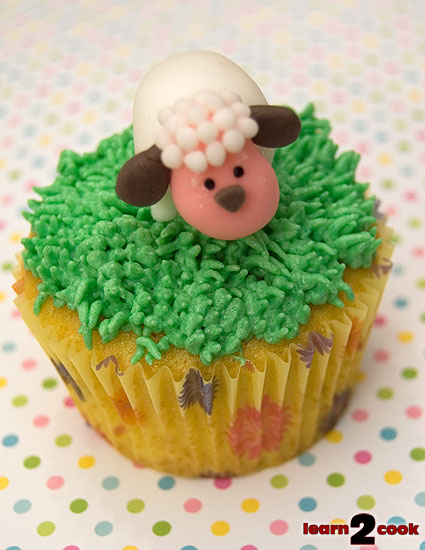 I love how her head is tilted, like she’s confused. I’m sorry Miss Sheep, but I can confirm that yes, that cute smiling child is going to EAT YOU!

Next up, bunny rabbit with three jellybean eggs! 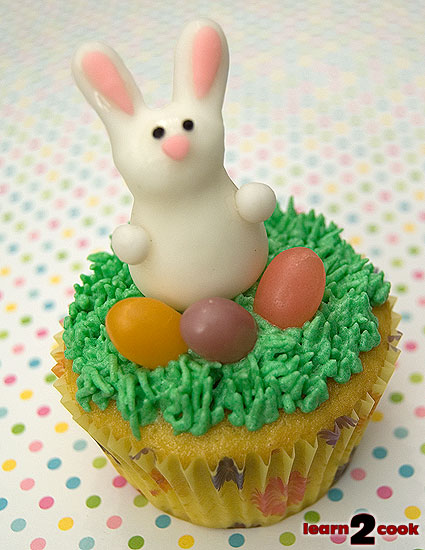 Next up is Mr. Bumblebee. I gave him a fondant flower to polinate. 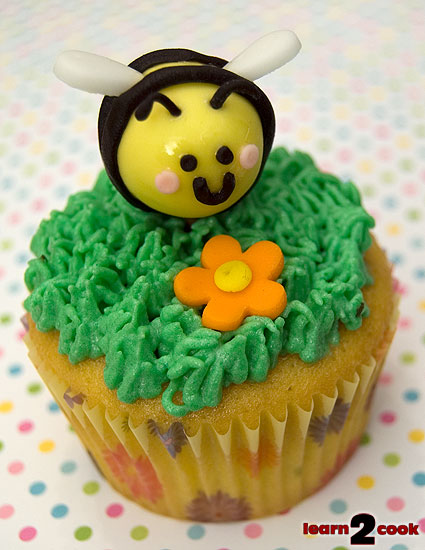 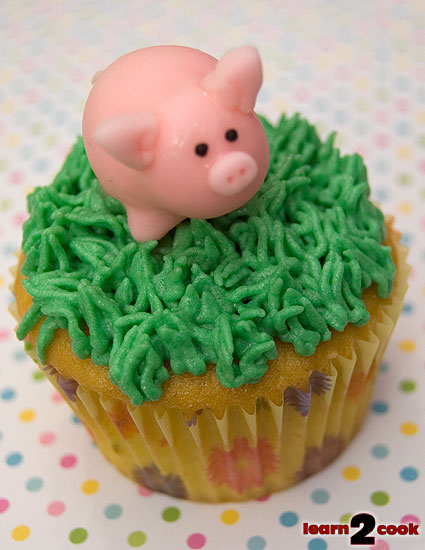 Baa-ram-ewe! Sorry the focus is off on some of these, but my camera’s auto-focus has been making me crazy. I have to look up what is wrong. Sometimes it just refuses to focus. 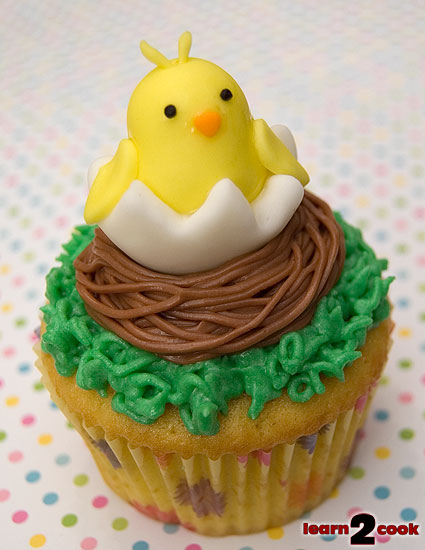 I piped the chocolate cream cheese frosting on using the same tip (after I’d finished all the grass) and was very happy with the frosting consistency. I know, the nest and bird are really not proportional, but I’m pretty sure the kids will forgive me. 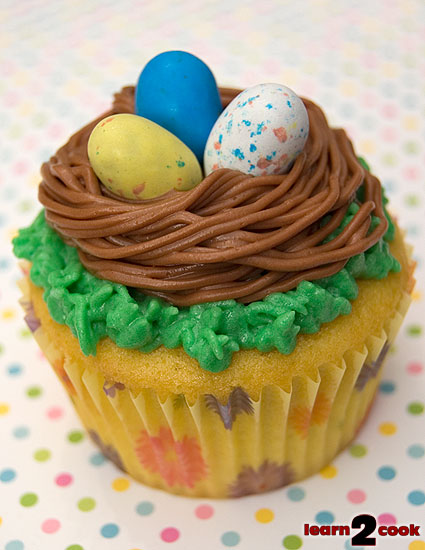 This is a nest of Whopper Robin Eggs. This is Buddy’s favorite. He started freaking out when he saw it, telling me that the nest made him SO EXCITED. I think it was just that I hadn’t shown them the nest until the cupcake was frosted, so they had no idea I was throwing in one extra design.

Here they are, all done! (from various angles) 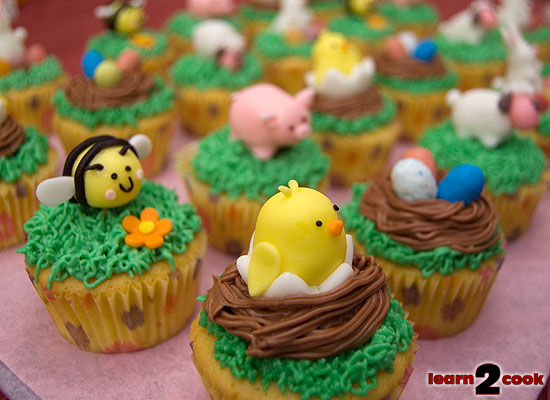 I will slit my wrists if these are melted tomorrow morning. 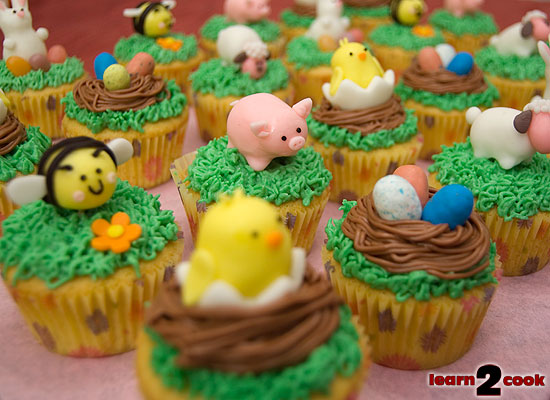 Please no melting! I used half shortening instead of all butter to help combat melting!! 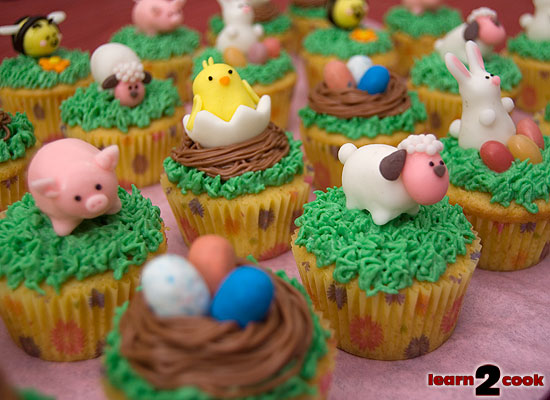